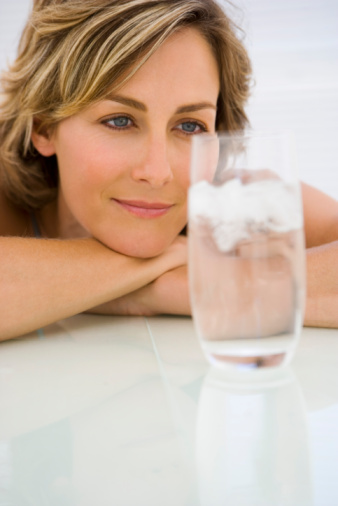 We are told to drink at least eight glasses of water a day for good health – but what happens to our health when our sources of drinking water become dangerously contaminated? Shockingly, recent studies have revealed that Americans are getting regular, chronic doses of various prescription medications without even knowing it, and they are coming from our very own drinking water sources. Most disturbing of all is the fact that many of these medications leeching into our water are of a highly dangerous nature when taken without a prescription, and researchers suspect that we’ve been unwittingly consuming them for over a decade.

A recent Associated Press investigation indicates that there are trace amounts of everyday prescription medications in the drinking water of millions of Americans. The investigation report also states that the water traces of medication are originating from the last place you may have expected – wastes eliminated from our very own bodies.

When individuals ingest prescription medication, not all of it is utilized by the body; thus, the excess is flushed out through the body’s elimination systems. In addition, thousands of Americans are improperly disposing of their left-over medications, flushing them down toilets or washing them down sinks. While undigested components of medicine and flushed pharmaceuticals pass through waste-water treatment plants before re-entering our natural water system, these plants are not required to be fitted with pharmaceutical filter devices, leaving the contaminants undetected. And considering that Americans are one of the most highly medicated citizens in the world, this source of unfiltered water contamination is a growing problem that cannot be ignored.

Another source of chronic water contamination comes from the thousands of American farms that pump their livestock with steroids and other medications, all of which also end up in our natural water system. Further, this means that, aside from our drinking water sources, lakes and rivers are also being heavily contaminated with medication, creating serious health effects in the animal kingdom, such as the feminization of male fish.

The Dangers of Drinking Water Contaminated with Medication

The medication found in our drinking water includes antidepressants, antiepileptic and anxiety medication, sex hormones, and antibiotics, all of which we’ve been unknowingly exposed to for over a decade.

While some scientists and pharmaceutical industry officials currently claim that no research to date suggests health risks from these medicine traces, it is undeniable that these medications are known to have adverse effects when taken without due cause. Medication regimes are also carefully prescribed to patients to avoid particularly dangerous drug combinations, whereas the types medication that we are receiving all at once from our water supply are being consumed indiscriminately. In addition, it is also widely known that long-term exposure to antibiotics can cause antibiotic resistance in our bodies, preventing our bodies from benefitting from these medications when we actually need them.

While these water contaminants generally appear in part amounts per billion or parts per trillion, we drink water on a daily basis, several times a day, and also wash and cook our foods and bodies with it. A regular kitchen filter is not equipped to filter out these types of contaminants, and there are no legal sanctions in place requiring bottled water companies to test for prescription medications.

Despite all of these concerns, the government still has not established any safety thresholds or standards for medicinal contaminants in our drinking water. The current law does not require water treatment plants to conduct any form of testing for prescription medication content in their water, and while short-term studies conducted by the pharmaceutical industry have declared a measure of human safety, long term studies have yet to be conducted.