Home » General Health » Your doctor is making you sick 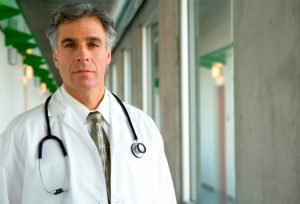 When we are ill we head over to our doctor’s office. After sitting patiently waiting for our name to be called we enter the examining room. In walks our doctor and to our surprise, they are sick as well. Believe it or not doctors, too, can get sick, but should they be working?

When we don’t feel our best we take a day or two off from work to give our body the necessary TLC it deserves to get better. And yet, doctors are actively going in to work diagnosing illness when they have one themselves. Why the disparity? 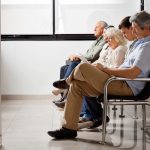 Published online by JAMA Pediatrics, doctors reported they often head in to work while being sick. Even though they prescribe to their patients to stay home and to relax, it appears they don’t follow their own advice.

About 280 physicians and 256 advanced practice clinicians were polled by researchers at the Children’s Hospital of Philadelphia. Although the majority surveyed agreed that doctors who work while sick isn’t safe for patients (response was 95.3 percent), 83.1 percent of them reported they still head in to work anyways. And 9.3 percent reported working at least five times throughout a year while sick. But why do doctors work when they know the implications?

A majority of the group (98.7 percent) felt they would let colleagues down if they took a sick day. Another answer (94.9 percent) pinpointed staffing issues. Further reasons included not wanting to let patients down (92.5 percent), being ostracized by colleagues (64 percent) and concerns about care (63.8 percent).

Risk of being treated by a sick doctor 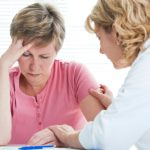 When you’re sick you avoid heading out in public as much as possible to prevent the spread of germs. But when a doctor goes in to work sick, the implications are even higher because their patients are likely sitting there with a compromised immune system.

Aside from the spread of germs, the level of care may be compromised. Just think how your level of concentration and focus diminishes when you’re ill, especially if you’re taking medication. Sick doctors may not be as focused, and this can be detrimental to care.
We turn to our doctors as supreme beings who help make us feel better, but when they become sick it can hinder their ability to treat others.

The research from the new findings suggests action needs to take place to reduce the stigma attached to sick doctors. A change in culture surrounding doctors can help minimize the stigma and allow doctors to care for themselves and their patients.

Doctors are human, too. They require the same amount of healing time as their patients and they shouldn’t succumb to peer pressure. By creating an open dialogue the stigma can be reduced. Policies need to be created in doctors’ offices and hospitals that support the needs of doctors. This can include making clear guidelines of what it means to be too ill to work.

If we demand proper care from doctors, we need to be supportive of our doctors’ needs and understand that we all get sick.

If your doctor asked you to do this, would you?

You only have so much time with your doctor, so you have to make those minutes count. It’s not their fault, it’s just how the system works. The trouble is, do you even understand what your doctor is talking about? How about the steps you need to take to find relief or start a treatment plan? Continue reading…

ER doctors say seniors at risk of this one critical condition

Report issued by the American College of Emergency Physicians: More than half of older adults who visit emergency departments are either malnourished or at risk for malnutrition. What? We’re not talking about people in developing countries facing food scarcities or poverty or worse. This is the United States, land of food abundance and skyrocketing numbers of people who rely on fast takeout and home delivery. Continue reading…