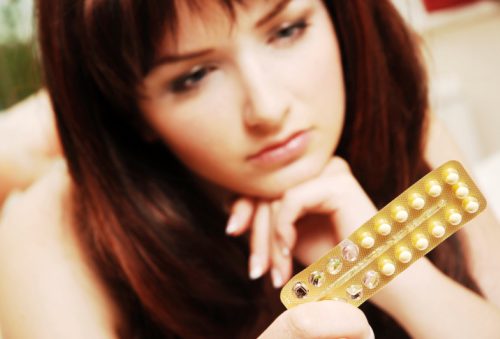 Headaches, nausea, and spotting between periods are a few of the common side effects of taking the birth control pill, but people don’t normally associate the contraceptive with mental health. Medical professionals tend to be conflicted about whether or not birth control has a significant impact on a woman’s mental health; however, some research indicates there is a strong link.

Harvard Medical School reports that depression affects 19 million people every year and some of these people experience the symptoms for reasons other than trauma or stress such as divorce or job loss. A growing body of research suggests that the birth control pill can cause depression in some people.

According to a one study conducted at the Monash University in Melbourne Australia there is a distinct connection between birth control and symptoms of depression. The School of Psychological Medicine compared statistics of birth control users to non-birth control users and discovered the depression rating of women who took the pill was 17.6 compared to 9.8 among those who did not take the pill. None of the women participating in the study had a history of depression.

RELATED READING: Breakthrough That Allows Men To Pee Like They Were 28 Again

The birth control pill contains synthetic estrogen and progesterone. Both of these are hormones so some doctors say it is possible the hormonal change can cause depression, especially in people who have a history of depression in their family.

The number of comprehensive studies on birth control and mental health are limited. We are more apt to find statistical data on the impact of stress and birth control but a number of non-medical based surveys do support the theory that birth control does have the potential to create the symptoms of depression is some women. One informal survey on the women’s health web site, Aphroditewomenhealth.com shows that 57 per cent of respondents report mood swings when taking birth control, 65 experienced “irrational crying”, and 68 per cent admitted being depressed.

Medical professionals in Finland listened with great interest to the results of the Australian study. Experts in Helsinki conducted their own study in 2011 and concluded that the impact of hormonal contraceptives on mental health was “modest” and that the birth control had very few side-effects.  Their final report went as far as to say in some cases the pill had a beneficial impact on mood.

While there may be different opinions on the subject, professionals do stress that they agree on one point: everyone reacts differently to medications, and since hormones spiral up and down one type of pill may cause you to have mood swings while another may not. If you experience depression with a particular birth control pill it doesn’t mean you can’t switch to another kind or consider alternatives in consultation with your physician.