Home » General Health » Yoga may lead to injury, much like any other exercise: Study 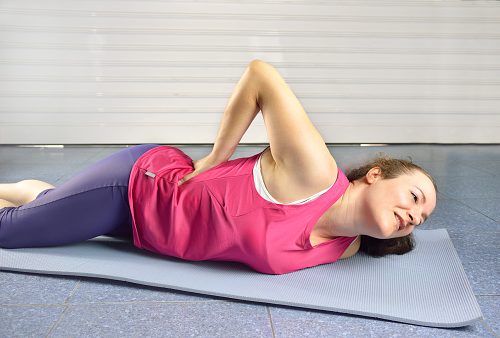 Yoga comprises physical, mental, and spiritual practices that help people perform various movements and exercises that increase strength and flexibility. It has become more popular as of late due to its accessibility. While yoga is often promoted as having a bounty of physical and mental benefits, a recent study suggests that it can cause musculoskeletal pain and even exacerbate existing injuries.

The accessibility of yoga

Most everyone has some familiarity with yoga. It can cater to people of all ages and fitness levels, with certain movements falling into beginner, intermediate, or expert categories. You don’t need to be an athlete to perform yoga; all you need is a mat and a large enough space to spread out.

“Our study found that the incidence of pain caused by yoga is more than 10 percent per year, which is comparable to the injury rate of all sports injuries combined among the physically active population. However, people consider it to be a very safe activity. This injury rate is up to 10 times higher than has previously been reported,” said the study’s lead researcher, Associate Professor Evangelos Pappas from the University of Sydney’s Faculty of Health Sciences.

The researchers by no means want to dissuade people from practicing yoga, but instead, they want to inform participants that much like any other form of exercise, yoga carries some risk of injury.


Yoga is harder than you think

It is the false belief that yoga is completely safe that has driven the injury rate up among practitioners. The researchers found that 21 percent of existing injuries were made worse by doing yoga, particularly musculoskeletal pain in the upper limbs (shoulders, elbows, wrists, hands).

However, during their study, 74 percent of participants reported that their existing pain had been improved by yoga. This serves as an example of how it can still be beneficial for pain sufferers.

The researchers suspect that yoga participants are perhaps performing certain maneuvers that are beyond their skill level, thus injuring themselves. Newcomers may underestimate the difficulty of yoga and perform complex moves that their body isn’t ready for yet.

“Pain caused by yoga might be prevented by careful performance and participants telling their yoga teachers of injuries they may have prior to participation, as well as informing their health-care professionals about their yoga practice,” said Pappas.

Yoga injuries are on the rise