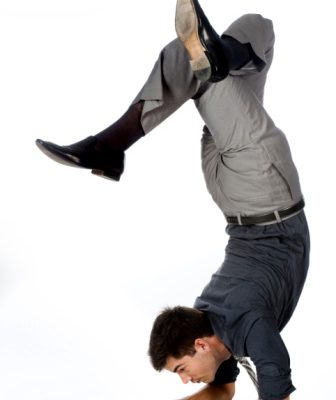 Researchers at the University of Granada tested the physical and mental health of a group of 28 young men. Fourteen of them reported a low level of physical activity, while the other 14 had a high level of physical activity. They compared the mental performance of each man during tasks that involved sustained attention, time-oriented attention and time perception. The group with good physical fitness showed demonstrated better performance when it came to activities requiring attention span, as compared to the group who did not exercise. The testing also showed that people who did take part in exercise had quicker reaction times.

Based on previous studies, it is believed that exercise promotes the growing of nerves and blood capillaries in certain areas of the brain. Increased physical activity has also been associated with the prevention of brain degeneration.

The relationship between exercise and mental performance is one that the Centre for Disease Control and Prevention monitors closely. According to their research, physical activity has an impact on the brain well beyond attention span.  They have stated that exercise increases blood flow, oxygenation, and growth of nerve cells, neurotransmitter levels, nerve connections, and brain tissue volume. These changes have been linked to improved information processing, information storage and retrieval, better coping skills, as well as reduced sensations of cravings and pain. The Illinois Department of Health has released a detailed research paper on physical fitness and mental performance, suggesting that different types of exercise may impact the brain in different ways.

While the University of Granada study looked at young men, there has also been a lot of research conducted on exercise and mental function in middle aged and elderly people. One study published in the Journal of American Health emphasized the importance of increased physical activity in the middle age population. The research shows that fluid intelligence, which is the ability to reason quickly and think abstractly, is at risk in middle aged people when they didn’t exercise sufficiently. Also, physical fitness has always been linked to higher survival rates amongst middle age group. Some scientists even suggest that the effects of exercise on mental performance could be stronger in this age group, but more research is required to know for certain.

How Much Exercise Is Enough?

For those who aren’t natural fitness enthusiasts, the idea of suddenly maintaining a strict exercise routine may seem frightening. The good news is that medical experts don’t believe you have to over do it in order to impact your mental performance. The Mayo Clinic states that, if you are a healthy adult, 150 minutes of moderate activity each week (or 75 minutes of more intense exercise) is a great way to experience improved physical and mental health.  Moderate exercise could involve brisk walking, while more intensive exercise could involve jogging. For those who have a hectic lifestyle and find it difficult to find the time to exercise, you can divide up your workout into a few 10 minutes walks throughout the day.