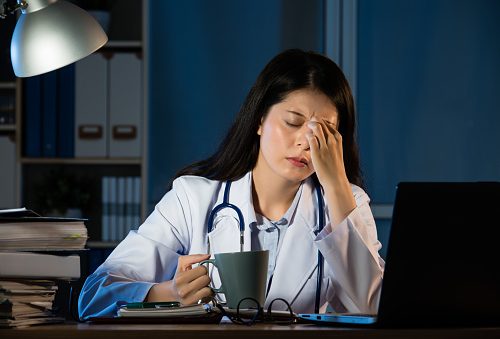 The night shift is often considered the least desirable time to make a living, but sadly, this is the only time of the day that some people have to spare. Factors such as the type of work (e.g. nurses) or previous obligations (e.g. night classes) make working at inconvenient times a necessity.

Working late hours of the night can not only have negative effects on your sleep schedule, but new research has found that it may even increase your risk of common cancers, especially in women.

The following are the three most common types of cancer affecting women around the world:

The most common type of cancer affecting women. While the risk of it increases with age, breast cancer can occur at virtually any age. Several factors may contribute to its development, but some women have a greater risk.

One of the most common types of cancers in both men and women, typically affecting those 50 or older. The disease is often characterized by the development of polyps in the colon or rectum, which can then spread
to other organs if not treated promptly.

A disease of the lining of the uterus that most often affects women 55 or older. The development of this type of cancer can increase with estrogen dominant breast cancer therapy, having a history of early menstrual periods, late menopause, or not having any children during their lifetime.

Looking at thousands of cancer patients for associations

The study in question looked at data from over 60 studies, totaling 114,628 cancer cases and nearly four million participants from North America, Europe, Australia, and Asia. Long-term night shift work and the risk of 11 types of cancer were analyzed for a potential association. In addition to this, long-term shift work and the risk of six types of cancer among females was also looked at.


“By systematically integrating a multitude of previous data, we found that night shift work was positively associated with several common cancers in women. The results of this research suggest the need for health protection programs for long-term female night shift workers,” said Xuelei Ma, a collaborator on the study.

The researchers found that cancer risk was increased by a staggering 19 percent in women who were long-term night-shift workers. Of the specific types of cancers, an increased risk of skin (41 percent), breast (32 percent), and gastrointestinal cancer (18 percent) was appreciated, compared to women who did not perform long-term night shift work.

Of all the regions of the world analyzed, North America and Europe were the only ones associated with increases in breast cancer risk.

When only looking at female nurses, they had an increased risk of breast (58 percent), gastrointestinal (35 percent), and lung cancer (28 percent) compared with those that did not work night shifts. These statistics are thought to be in part to increase screening rates of nurses, as they are part of the medical community. Screening allows for the early recognition of a disease but doesn’t necessarily mean that a disease occurs more frequently.

“Given the expanding prevalence of shift work worldwide and the heavy public burden of cancers, we initiated this study to draw public attention to this issue so that more large cohort studies will be conducted to confirm these associations,” said Ma.