Home » Women's Health » Women are at greater risk of death in the first year after a heart attack: study 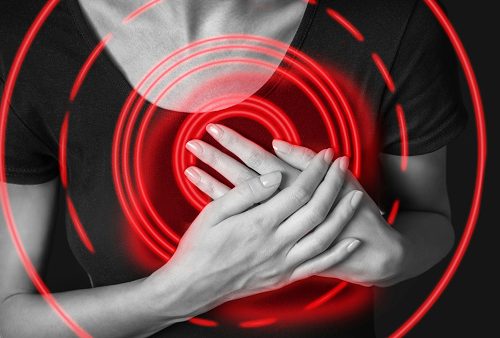 Seeing a person clutch their chest as they collapse to the ground is never a good sign. Universally, this means that a person has suffered a heart attack. Over 600,000 people died of heart disease in the United States in 2008, with the condition being the cause of almost 25 percent of all deaths.

While there are many risk factors that increase the chances of heart attack development, being male is a prominent one, as women are seen as not developing the condition until much later in life in comparison.

However, despite this, a new study has found that heart attacks pose a greater threat to women than to men, with women having a significantly higher mortality risk compared to similar medical backgrounds in the first year after the attack.

Looking at the first 365 days after a heart attack

A team of researchers at the Technical University of Munich (TUM) came to this conclusion after analyzing data collected in two studies, “ISAR-RISK” and “ART,” which evaluated over 4,000 participants looking at various aspects of patient’s risk to various outcomes.

While there is still no denying that men are the primary victim of heart attacks, as they account for nearly two-thirds of all patients hospitalized for the condition, studies have shown that in recent years, women are dying more often due to it and its complications.

It is believed that this may be due to fact that women do not suffer from a heart attack the same way men do. For example, women tend to be 10 years older at the time of cardiac damage and are more likely to have a comorbid condition, such as diabetes, which complicates overall recovery and prognosis.

Additionally, when heart attacks occur in women, they are less commonly due to local narrowing of the coronary blood vessels, as is the case in men. This makes treatment difficult, as the gold standard for heart attack treatment is to dilate blood vessels to promote perfusion. Instead, women suffer from more diffuse cases of coronary artery disease, which requires procedures that have less chances of success.


“If we look at the full five-year investigation period after the heart attack, there are no unusually large gender-specific differences if we adjust for factors such as age, accompanying conditions and type of treatment. But we were surprised by the data for the first 365 days after the event: During that time, women were 1.5 times as likely to die as men,” says Dr. Romy Ubrich, the first author of the paper.

The researchers believe that societal and psychological causes play an important role in this finding. The problem could lie in the expectations that medical professionals have of women doing better after a heart attack than men and that they should be functioning again sooner. Additionally, women may be subject to depressive conditions, further decreasing their overall health.

“Our study shows that it is important to pay close attention to female patients especially in the first year after the event. Family doctors have to be keenly aware of the social situation of these women and try to provide support. Particularly when there are signs of depression, family doctors need to be especially alert. If such indications are observed, it is important to refer the patients quickly to specialists so that they can start working with a therapist as soon as possible if needed,” said Prof. Georg Schmidt, a cardiologist at the internal medicine unit at TUM’s University Hospital Rechts der Isar.

Related: Tips for reducing the risk of heart attack in women