Winter illnesses and winter diseases can be a real drag – especially around the holiday season, when you are supposed to be healthy and enjoying yourself. We often discuss winter illnesses like the flu, but the wintertime can bring with it many other risks, such as heart attack and mental illness.

Below are Bel Marra Health’s top new stories of 2015 discussing winter illnesses and winter diseases. These articles will help you better protect yourself against illness and offer you effective preventative methods, so you don’t get sick and can actually enjoy all that winter has to offer.

This winter, the seasonal outbreak of the flu is expected to come early. 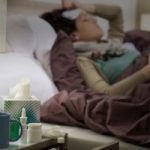 Influenza (flu) risk increases in the winter and this year’s outlook is expected to have earlier outbreaks than in previous years. Influenza is an illness caused by a virus and is highly contagious and can easily spread among family members or those who live in close quarters – for example, if a person in a nursing home has the flu, others in the nursing home can easily contract it as well.

A person with the flu can be contagious up to one day prior to experiencing symptoms themselves and can remain contagious up to seven days after becoming sick. This is what makes the flu so dangerous because it can begin infecting others even before the person who has it is aware that they are infected.

Throughout history there have been many records of flu pandemics – outbreaks with global reach. Learn More

A new study uncovered that the risk of heart attack is highest in the winter. 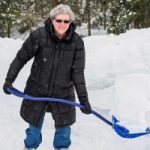 The findings were based on cross-sectional data from 10 population based studies in seven countries. Cardiovascular risk factors were obtained from 107,090 subjects.

Researchers found factors like blood pressure, cholesterol and waist circumference were highest between January and February and lowest from June to August. Learn More

Milder temperatures could result in less seasonal illnesses this winter. 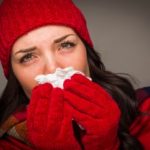 Although warmer temperatures play a role in the spread of the flu, other factors could counteract the warm temperature advantage. It has been shown that in warmer weather people tend to be more careless when it comes to hygiene – a large factor in the spreading of the flu. Learn More

A recent study found that a positive mindset can help you maintain your mental health during winter months. 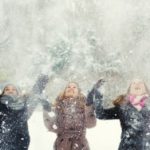 During the winter, many people suffer from season depression thanks to the short and dreary days, so to help us cope experts from Norway have developed a secret: Change your mindset.

The findings come from researchers in Tromsø, Norway, where the sun barely breaches the horizon during the winter months due to its northern location.

Researchers decided to study the mental states of the residents of Tromsø during the wintertime because they actually have lower rates of seasonal depression, especially compared to what is expected in a place that has very minimal sunshine – one of the major causes of seasonal affective disorder (SAD).

When researchers first visited the town they aimed to find out why more people aren’t depressed, but upon their arrival the answer seemed obvious. Lead researcher, Kari Leibowitz, said, “People view winter as something to be enjoyed, not something to be endured.” Learn More

Experts share tips on how to clear snow without injury. 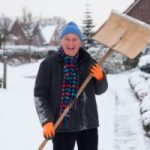 Snow shoveling can be a pain – literally, if not done correctly. It’s important to shovel snow properly to prevent injury. Orthopedic surgeon Dr. Joseph Abboud said, “Individuals tend to haste through snow shoveling to avoid being outside in the cold for long periods of time. Unfortunately, rushing through this task can lead to injuries. It should always be done at a slow and steady pace because of the energy and focus that’s required. Always check with your doctor before shoveling snow and consider hiring someone to do it for you if you’re unable to.”

Experts have rounded up some tips in order to prevent injury from snow removal, such as pushing the snow instead of trying to lift it. If you must lift it, lift with your legs and don’t bend at the waist. Don’t throw snow over your shoulder or off to the side, instead walk to where the snow needs to go. Learn More