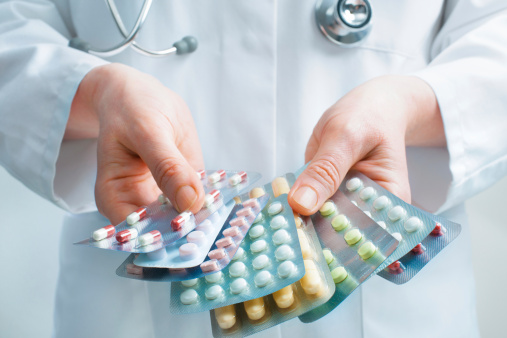 Research shows that about 40 percent of Americans over the age of 65 take five or more medications a day. As we get older, it is expected that more health issues will arise, necessitating a higher need for medications. However, public health researchers at Brown’s University have discovered that 21 per cent of seniors are being told by their doctors to take medications that are known to be high-risk.

Which Medications Are Considered High-Risk?

High-risk medications are drugs that have a higher chance of causing significant harm to a person if they are used erroneously. John Hopkins researchers state that 1.5 million Americans are injured by medication errors every year, and as many as 7 thousand people die.  According to the California Health Advocates organization, people who are 65 years of age and older have an even greater risk  of drug error — almost seven times greater than those who are under the age of 65.

The findings by Brown’s University have been published in the Journal of General Internal Medicine. They were the result of an analysis involving over 6 million seniors who were part of the Medicare Advantage Plan in 2009. Medicare Advantage is a private health care plan that (in most cases) covers prescription drugs. An analysis of the available data revealed that doctors were prescribing high-risk medications to 21.4 per cent of senior aged patients, even when there are safer substitutes that could have been prescribed instead. They also determined that 4.8 percent of seniors are given two or more high-risk prescriptions, increasing the danger even more.

Why Are So Many Seniors Endangered With High-Risk Medications?

It would seem that geography played a factor in the prevalence of high-risk prescription writing. People living in South Atlantic, East South Central and West South Central parts of the United States, as well as in parts of Texas and South Carolina, had a 10 to 12 percent higher chance of receiving potentially harmful medications. At 38.5 percent, seniors in Albany, Georgia were the most likely to receive a prescription for high-risk medications, while seniors in Alexandria, Louisiana were the most likely to receive two or more high-risk prescriptions simultaneously.

Geography wasn’t the only noticeable pattern. Women across America had a 10 percent greater chance of receiving high-risk prescriptions from doctors. The authors of the study have no strong theories as to why women would stand out; however, this may have to do with the fact that many high-risk drugs are associated with conditions more common in females.

Socioeconomic status also seemed to be tied to high-risk prescriptions. It was discovered that patients with lower socioeconomic status are 2.7 percent more likely to be prescribed high-risk medications from their doctors. This may be linked to the fact that people living in poor communities often have less access to high-quality health care.

Seniors and their Doctors

It is imperative that this research be used to encourage seniors to take a more active role in their own health care. Pharmaceutical companies often influence doctors to prescribe particular medications over others, but seniors must be aware of which medications are high-risk drugs, and that very often, there are safer substitutes available. Patients must be empowered to speak openly with their doctors, and to inquire about all potential risks and all alternative medication options whenever they are given a prescription from their doctors. Further, pharmacists are also an excellent resource for questions about medications. In the meantime, policymakers should be encouraged to work towards reducing the high and unnecessary use of potentially dangerous and inappropriate medications for seniors.