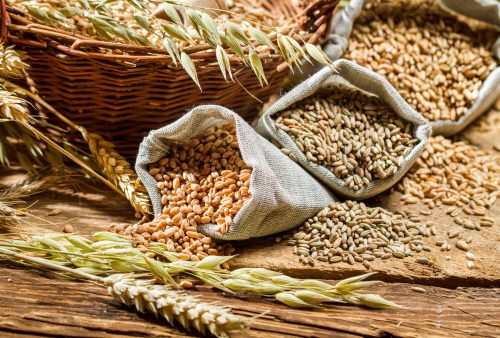 Reducing calories and speeding up your metabolism may be as easy as swapping refined grains for whole grains, according to new research published in the American Journal of Clinical Nutrition.

While previous studies have shown that whole grains and increased dietary fiber intake benefit those with glycemic control issues and insulin sensitivity, the impact of whole grains on weight management has been considered controversial as there has not been data produced from controlled metabolic studies.

Researchers provided a controlled diet to participants and monitored the effect of whole grains in comparison to refined grains on resting metabolic rates, fecal energy losses, and feelings of hunger and fullness.

To conduct the study, researchers gathered 81 men and women between the ages of 40 and 65 and followed them over the course of eight weeks. The first two weeks were spent with participants all eating the same type of food. The aim was to determine the specific caloric needs of each individual. After this two-week period, participants were split into two groups. One ate a diet that contained whole grains, and the other ate a diet that included refined grains. The participants were to stick to the foods provided and not consume anything else, returning any items that were not eaten, and continue their regular levels of activity. Over the course of eight weeks, researchers recorded participants’ weight, metabolic rate, blood glucose, fecal calories, hunger, and fullness.
The results of the study showed that those who consumed whole grains had an increase in their resting metabolic rate as well as in fecal energy losses, in comparison to those who ate refined grains. The extra fecal energy losses were accounted for in calculations and determined that they were not due to the fiber itself, but the effect it had on the digestibility of other food calories. While hunger and fullness did not vary significantly between the whole grain and refined grain diets, those who followed the whole grain diet lost an extra 100 calories per day because of the combination of the increased resting metabolic rate and greater fecal losses.

Eating whole grains rather than refined grains not only helps you get your daily recommended intake of dietary fiber, iron, and B vitamins, it may also help you to manage your weight by boosting your metabolism. Switching out white bread for whole grain bread is just one easy way to start reaping the benefits of eating unrefined grains.

Preventing Chronic Diseases in the Elderly