Home » General Health » What Your Finger Length Says About Your Temper 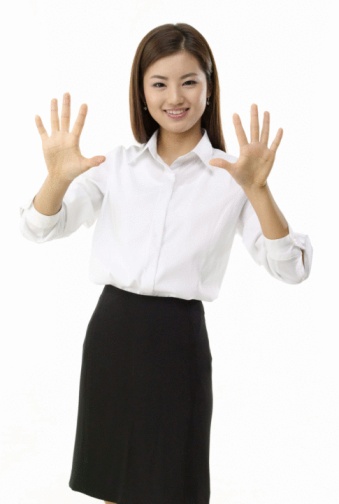 Although many people consider hand readings to be the domain of palm readers and scam artists, many practitioners have found that taking a person’s hand and finger measurements can function as a natural health assessment, indicating risk factors for certain diseases. Moreover, a new study now asserts that the length of one’s index finger and ring finger can reveal pointed things about somebody’s overall temperament, and indicate whether or not they have a tendency towards aggression.

The study, published in the Journal of Communication, examined the hands and personality profiles of 609 participants. The results revealed a strong correlation between particular ratios between the index and middle finger with aggression levels, athletic ability, and several other personality traits.

To begin, the finger quotients (FQ) for each study participant were determined. This was followed by personality questionnaires, from which general verbal aggression levels could be measured and scored.  According to the study, the majority of the men had smaller FQ ratios than women, and these men tended to have sharper tongues and higher verbal aggression levels. The women who had FQ ratios that were smaller than average also demonstrated more aggressive and argumentative behaviors than the women in the study who exhibited higher FQ ratios.

Lending a Hand in Your Own Health

Interestingly, the research found a correlation between FQ scores smaller than 1 with aggression, improved athletic ability, a better sense of direction, a greater likelihood of instigating fights, and increased risk taking behavior.

FQ measurements have also been used as indicators of different health risks; people with longer index fingers and a FQ greater than 1 tend to have an increased risk for oral cancer and a lower risk for prostate cancer and osteoarthritis of the knee.  Other studies have also associated FQs greater than 1 with a lower risk for early heart disease and higher risks for breast cancer, schizophrenia, allergies, hay fever and eczema. On the other hand, men with longer ring fingers and finger quotients lower than 1 are thought to be more masculine, with higher fertility, stronger muscles, and an increased skill for music.

Although these links may seem far reaching and a bit odd, there is actually some science behind them. The amount of testosterone that a developing fetus is exposed to determines it’s relative finger length at birth. Testosterone is a sex hormone, and the amount present during fetal development not only helps determine the fetuses FQ, it also affects brain organization, courtship behaviors, dominance, athletics, future financial success, memory, and aggression. In other words, it’s not that the finger length ratio determines a person’s aggression levels;  rather, the finger length ratio is a sign of particular neurological development, as both are a result (at least in part) of prenatal testosterone exposure levels.