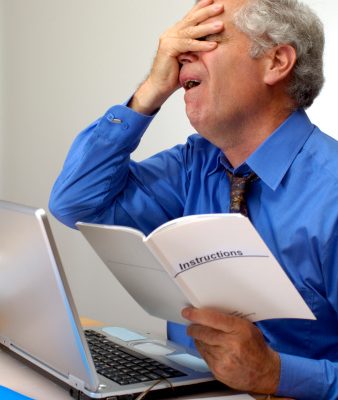 While reports have been somewhat conflicting, depending on the age group in question, there is now research that strongly supports how the mental health of senior citizens can actually be improved by internet usage. The supporting research was conducted by the Phoenix Center and does highlight how moderate internet usage can decrease feelings of depression and anxiety, and also help to expand the social network of seniors.

The Mental Health of Seniors Hangs in the Balance

Internet usage is very commonplace in today’s society, and it is used by people of all age groups all around the world. But while using the internet too much has actually shown increases in anxiety and depression levels in the younger population, there has been significant gains when it comes to decreasing it for older people (specifically those over age 50).

The researchers at the Phoenix Center gave impressive numbers, saying the internet eased depression and anxiety by up to 20% in the over 50 population. And the implications on the healthcare system are equally as impressive. Supporters of the research say, that by easing depression and anxiety, and improving mental health, healthcare expenses of the elderly population could be headed in the right direction.

The basis of the research study was mainly to provide the social ramifications of internet usage. Most elderly people don’t have good social lives, and speak to very few people in a day, which can impact them in a negative or isolating way – ultimately making their mental health take a dive. By utilizing the social capacity of the internet, seniors can begin to feel connected to the outside world, and make new friends, without the having to leave their home.

The same goes for hobbies. With such a wide variety of mentally stimulating activities available online, seniors are able to stay engaged, and with brain health exercises, their minds stay active. Reports showed an improvement in the mood and mental health of those in the 55 and over age range.

As mentioned, the results from the survey are especially useful since health care costs of Americans over 55 is about $100 million dollars per year. These high costs are mainly due to suicide and medical expenses. This puts a very high value on the social and mental health benefits of the internet on the senior population.

So with the research showing the impressive mental health benefits of the internet, the problem quickly becomes the idea that very few in the over 55 population actually know how to use the internet as a resource in the first place. Numbers show, in fact, that as few as 42% of senior citizens are aware of how to use the technology. This means that teaching seniors how to use the internet could be of benefit, in the quest for a quality of mental health that both seniors and their families can be pleased with.  And the ease on the healthcare system is an added bonus, too.