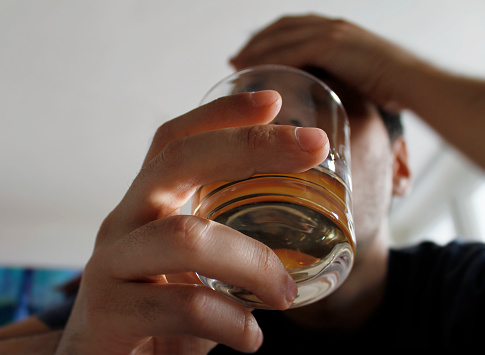 Weight loss can be a major struggle for some people, so much so that they turn to gastric bypass surgery to help them achieve their weight loss goals. This type of surgery involves restricting the size of the stomach, limiting calorie intake. It is very effective, as most people who get the surgery lose 30 to 40 percent of excess body weight. However, according to a new study, 21 percent of gastric bypass surgery patients develop a drinking problem.

Bariatric (weight loss) surgery has become popular among Americans as an easy weight loss solution. Roux-en-Y gastric bypass and gastric banding surgical procedures are two commonly used methods to help patients lose weight, with the former being the most effective.

“We knew there was an increase in the number of people experiencing problems with alcohol within the first two years of surgery, but we didn’t expect the number of affected patients to continue to grow throughout seven years of follow-up,” said study author Wendy King, an associate professor of epidemiology at the University of Pittsburgh’s Graduate School of Public Health.
The researchers say that because alcohol abuse cases don’t become apparent until many years later, it is important for doctors to routinely ask their patients about their alcohol consumption. The study doesn’t prove that Roux-en-Y leads to a higher risk of alcohol abuse, but previous studies have shown that it is associated with higher and quicker elevations in blood alcohol levels when compared to gastric banding. Some animal studies have suggested that this particular bariatric surgery may also affect areas of the brain associated with reward, possibly increasing alcohol reward sensitivity.

It was also reported that Roux-en-Y bypass patients were four times more likely to say they had received treatment for substance abuse when they hadn’t.

“This indicates that treatment programs are underutilized by bariatric surgery patients with alcohol problems. That’s particularly troubling, given the availability of effective treatments,” said King.

Related: Cholesterol levels and the impact of alcohol

Triglyceride levels and the impact of alcohol