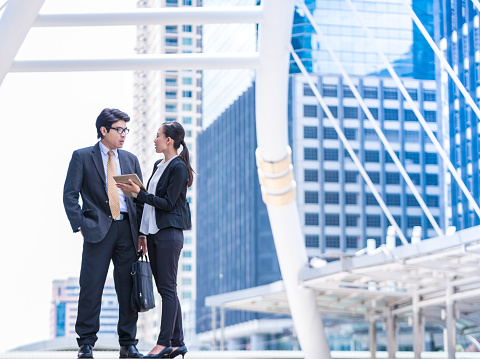 A recent study done by the University of Stirling has produced results showing that people will change the pitch of their voice based on who they are talking to.

The study, which was published in PLOS ONE, found that how dominant someone feels in a situation affects the sound of their voice, particularly when talking to people of different social statuses. Feelings of dominance are reflected by speaking with a lower tone of voice. The opposite is true when talking to someone we see as being in a high-status position: we use a higher tone of voice, despite our perception of our own status. This is because we naturally interpret higher pitched voices as more submissive—when we are talking to someone of high status, we raise the tone of our voice to appear less threatening and confrontational. Deeper voices naturally sound more dominant, the study states, especially in men. The study found that both men and women were likely to change the pitch of their voice depending on the perceived social status of their partner in conversation.

The experiment took on the form of a job interview simulation, with participants acting as interviewees. The questions ranged from basic introductory facts to more complex problem-solving scenarios. As they moved through the questions, researchers noted that participants were most likely to lower their tone of voice when answering complex interpersonal questions relating to conflict resolution. They were not as likely to lower their tone of voice for introductory questions or questions about personal qualities and attributes.

In relation to the findings of the experiment, this makes perfect sense. Explaining a conflict resolution scenario to an employer would put participants in the higher status role, resulting in feelings of dominance, and therefore, a lower tone of voice.

An interesting result of the experiment, and something to note, is that the participants who believe they are dominant are less likely to exhibit the same vocal changes when talking to someone of a higher status. They tend to maintain a lower pitch when speaking, even when they perceive the person they are talking to as being of a higher status than themselves. Similarly, the participants who view themselves as being looked up to and believe that others value their opinions did not change the volume at which they spoke, no matter who they were talking to. The experimenters stated that this could be because they perceive themselves as being calm and as having the situation under control.

The researchers stated that we may not even be aware of these slight changes in our speech, but that they are a crucial part of social interaction and how we convey our own social status to others. They believe that these changes in vocal characteristics could be identified in any social exchange where there are differences in social status, even outside the pseudo-interview setting of the experiment.