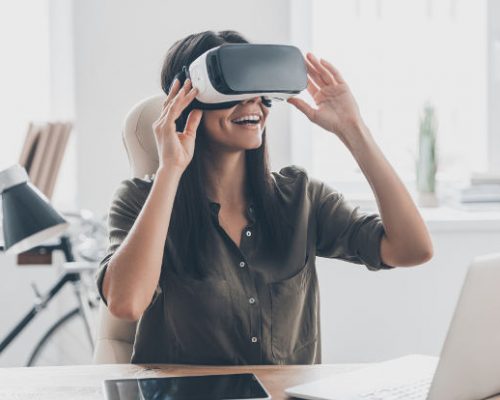 Exposure therapy works by gradually exposing a patient to his or her phobia in order to help them build a tolerance to it. The use of virtual reality headsets would allow patients to be exposed to their fear in a safe and controlled environment while still receiving the benefit of the therapy.

For example, once a patient with a fear of heights is outfitted with the headset, their doctor could begin a simulation that had them standing at the top of a skyscraper. While in reality, this exposure could be extremely dangerous, the use of virtual reality would allow the patient to reach the top of the skyscraper without ever leaving the safety of their doctor’s office. The patient would remain in a safe and controlled environment, under the watchful eye of their doctor who can monitor their progress and prevent any negative side effects from occurring.
The use of virtual technology in exposure therapy is currently being tested in nine clinical trials in order to determine potential side effects as well as whether it can be an effective long-term treatment. The technology firm hopes that with further testing, mental health apps and virtual reality technology may be used in helping treat anxiety, post-traumatic syndromes, obsessive-compulsive disorders, and addictions like smoking and alcoholism.

Social media good for mental health but may lead to depression