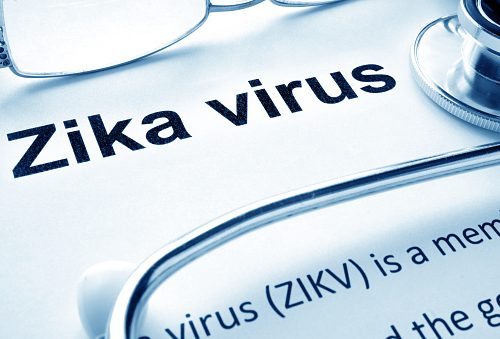 A new study has identified the U.S. cities that are at the highest risk for a Zika virus outbreak. Currently, 258 individuals have been hospitalized due to Zika. The Centers for Disease Control and Prevention (CDC) has confirmed that none of those cases were caused by bites from American mosquitoes, but they warn that may change.

A new study found 50 U.S. cities that could harbor Zika-carrying mosquitoes, as they would be able to survive in the U.S. during the summer months. Nine of the 50 cities could witness an influx of the virus-carrying insects as early as July.

The findings of the study are just a simulation and don’t necessarily mean that the U.S. will see a spike in Zika cases. The findings are based on 10 years of climate change data. It is unclear how far north the mosquitoes will go as warmer, wetter temperatures make it an ideal environment for the insects to thrive in. Furthermore, the study doesn’t account for any interventions that can be undertaken meanwhile in order to eradicate the mosquitoes.

In the meantime, scientists are still trying to uncover how the mosquitoes transmit the virus.

To estimate which cities could be impacted by Zika mosquitoes in the summertime, the researchers looked at data such as the estimated abundance of the bugs based on the weather conditions and their life cycles, the number of people arriving from Latin America who could carry the virus, the past presence of Aedes aegypti (Zika-transmitting mosquitoes), and the number of cases of locally transmitted dengue and chikungunya – two other diseases that are also transmitted by the insects.

They also looked at households living below the poverty line as those households are often at a disadvantage for accessing health care, sanitation, air conditioning, and safe housing.

The researchers estimate that by July the entire southern half of the U.S. could have Zika-transmitting mosquitoes and it is already well known that the insects can thrive in the southeast.

CDC director Thomas Frieden said, “There is nothing about Zika control that is quick or easy. The only thing quick is the mosquito bite that can give it to you.”

So far in 2016, 116 cases of Zika have been confirmed within the U.S. and nearly all but one of the cases resulted from travelling to Zika-infected locations. In their report, the CDC said, “Among the 115 [U.S.] patients with travel-associated infection, all patients reported clinical illness. Zika virus disease should be considered in patients with acute onset of fever, rash, arthralgia [joint pain], or conjunctivitis [pink eye] who traveled to areas with ongoing Zika virus transmission or who had unprotected sex with someone who traveled to one of those areas and developed compatible symptoms within two weeks of returning.”

One in 100 pregnant women infected with Zika will experience a birth defect in their child. Coauthor of the study Dr. Simon Cauchemez explained, “The findings are from the 2013-14 outbreak [of Zika] in French Polynesia, and it remains to be seen whether our findings apply to other countries in the same way.” Coauthor Arnaud Fontanet added, “Data from French Polynesia are particularly important since the outbreak is already over. This provides us with a small — yet much more complete — dataset than data gathered from an ongoing outbreak.”

Researchers worldwide are doing their part in trying to uncover more information regarding Zika and birth defects that can result from Zika. In the meantime, the CDC has prepared their own list of advice for pregnant women to lower their risk:

Consider postponing travel to any area where Zika virus transmission is ongoing.

If you must travel to or live in one of these areas, talk to your health-care provider first and strictly follow steps to prevent mosquito bites.

If you have a male partner who lives in or has traveled to an area where Zika transmission is ongoing, either use condoms properly every time, or do not have sex during your pregnancy. 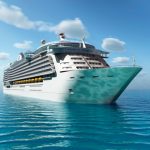 A norovirus outbreak was seen at Beaumont Hospital. As a precaution measure to limit the spread of the virus, the visitations have been limited to only one person per patient per visit. Children are not permitted under any conditions. Children and seniors are at a much greater threat of complications resulting from norovirus. Even though in the general population the virus will come and go, there are higher risks and complications associated with the virus in children and seniors.

The Norwegian Gem, a cruise ship, also saw a norovirus outbreak, which prevented it from docking in St. Maartens. The CDC reported that 128 of the 2,882 passengers and seven of the 1,100 crew members have confirmed norovirus. The source of norovirus is still unclear, but early speculations blame contaminated water.

The following is being undertaken by the CDC on the Norwegian Gem:

Increasing cleaning and disinfection procedures according to their outbreak prevention and response plan.

Consulting with the CDC regarding their comprehensive sanitation procedures in New York City, NY, including: planning staged disembarkation for active cases to limit the chance of illness transmission to uninfected guests, as well as planning for sanitation of terminal and transport infection control procedures.

Although this flu season has turned out to be fairly mild, a recent outbreak of influenza has been noted in Windsor, Ontario, putting pressure on hospital units. Over the last few weeks, flu cases have spiked in Windsor, growing 27 percent since the end of February. Associate medical officer of health Dr. Wajid Ahmed said, “Influenza is unpredictable and if it’s going around in our community and in our surrounding community, it tends to spread fast.”

The province of Ontario has seen a steady climb of influenza cases overall and even deaths are being reported.

Even though the spike of flu cases can’t be fully explained, doctors and health experts are still recommending that individuals get vaccinated as well as practice good hygiene, like washing hands, cleaning surfaces, avoiding others who are sick, and staying away from others when you are sick.

In other provinces across Canada, hospital units have experienced added pressure as influenza cases continue to rise. Lori Lamont of the WRHA said, “Smaller numbers than we’ve seen in previous years, but what is different is that many of these individuals have required admission to hospital and admission to our intensive care units.” Once again, Lamont offers the same advice to lower your risk of influenza with good hygiene and steering clear of public in case of known illness.

The Zika virus is spread through mosquito bites, and insecticides can help reduce your risk of getting bitten. The Zika virus originated in Brazil and is quickly becoming a global problem with many countries now being labeled as dangerous for travel, especially for pregnant women. Continue reading…

Experts predict that Zika – a mosquito-borne virus – will travel to the southern U.S. Although experts are not sure when the virus may spread, they are certain that it is only a matter of time that the birth-defect illness will make its way into America. Continue reading…