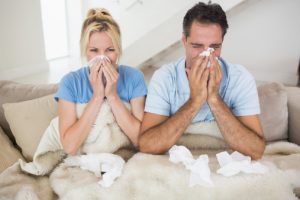 Influenza 2016 update: Flu cases were found to spike in central Ohio and San Diego County and the flu vaccine has been found to be 60 percent effective this year.

February 2016: The Centers for Disease Control and Prevention (CDC) has received reports of a dangerous influenza strain that has even led to some deaths. This has the CDC recommending that doctors immediately treat those patients of highest risk in order to reduce the risk of death and other influenza complications.

High risk patients include young infants, seniors over the age of 65, patients with chronic pulmonary, cardiovascular, renal, hepatic, or neurological and neurodevelopmental disorders, patients on immunosuppressive therapy, pregnant or postpartum women, young adults under the age of 19 on long-term aspirin therapy, American Indians and Alaska natives, morbidly obese individuals, and residents in a nursing home or long-term care.

Antiviral treatments should begin within 48 hours of suspected influenza, and any individual over the age of six months should receive the flu shot, as this year’s vaccine has been shown to have a 60 percent effectiveness, which is the highest in the last few years.

H1N1pdm009 virus is the strain the CDC has been reporting on over the last few weeks. The CDC has also received reports among young adults with H1N1pdm09 who required intensive care unit admission. Furthermore, some reports of death associated with this strain of influenza have been reported as well.

Although it may seem like the flu season is on its way out, we are only halfway, and so if you haven’t received your vaccine yet, it’s not too late.

Ohio Department of Health (ODH) has reported a spike in influenza cases and hospitalizations due to influenza. Although the flu season began in October, it has been quiet up until now, as in the last week 203 cases have emerged compared to the previous week’s 93.

Dr. Mary DiOrio, ODH Medical Director, said, “This year’s viruses are different than the ones we had circulating last year. We are seeing mainly H1N1 as the main one. And last year it was H3N2.”

Since the start of the flu season, Ohio has seen 653 cases.

“I know flu can peak late. So I was waiting to see whether or not we were going to have a late peak. So I’m not surprised we’re seeing influenza,” added Dr. DiOrio.

In San Diego County, 11 people have died from the flu so far, yet overall flu numbers are reported to be lower than in the years prior. In total, 26 influenza-related deaths have occurred, which is down from 84 in 2015. Deaths have been seen in the age group of 45 to 95, and four of them did not have any underlying medical conditions.

There have been a total of 4,484 influenza cases in San Diego County, compared to 6,238 from last season.

Both health departments from either state stress the importance of the flu shot along with practicing proper hygiene and avoiding those who are evidently sick in order to reduce your risk. 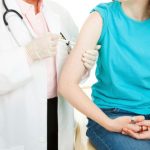 Although the warmer weather seen across the U.S. can attribute to lower rates of the flu, this season’s vaccine has also been found to be more effective than vaccines of prior years – demonstrating nearly 60 percent effectiveness.

Joseph Bresee, chief of the CDC prevention branch, said, “It’s good news and underscores the importance and the benefit of both annual and ongoing vaccination efforts this season.”

Bresee added, “Flu activity this season started a bit later and has been lower so far than we’ve seen during the previous three seasons, but activity is still on the upswing and expected to continue for several weeks. Flu causes serious illnesses and deaths every year. This season, CDC has received reports of hospitalizations and deaths in young, otherwise healthy people who were infected with influenza A H1N1, but not vaccinated.”

The effectiveness of the flu shot may vary annually, but the CDC still recommends getting vaccinated in order to offer yourself greater protection against the many strains of the flu.

The Food and Drug Administration (FDA) has approved a seasonal influenza vaccine containing adjuvant called Fluad. The new vaccine contains three influenza strains and is intended to prevent influenza in those over the age of 65. Continue reading…