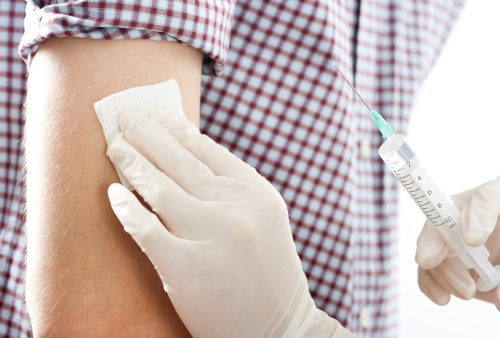 The Food and Drug Administration (FDA) has approved a seasonal influenza vaccine containing adjuvant called Fluad. The new vaccine contains three influenza strains and is intended to prevent influenza in those over the age of 65.

Fluad is egg-based and contains adjuvant MF59. Adjuvants are added to vaccines to enhance or direct immune response in the vaccinated individual.

The Centers for Disease Control and Prevention (CDC) estimates that 50 to 70 percent of influenza-related deaths occur in patients over the age of 65.

Dr. Karen Midthun, director of the FDA’s Center for Biologics Evaluation and Research, said, “Fluad provides another alternative for a safe and effective influenza vaccine in people 65 years of age and older. Immunizing individuals in this age group is especially important because they bear the greatest burden of severe influenza disease and account for the majority of influenza-related hospitalizations and deaths.”

The trial for Fluad consisted of 7,082 participants who either received Fluad or Agriflu – an alternative seasonal influenza vaccine. Fluad induced antibodies similar to Agriflu.

Safety was evaluated on nearly 27,000 additional seniors and no concerns were identified. However, there were a few commonly reported adverse effects, such as injection-site pain, tenderness, muscle ache, headache and fatigue.