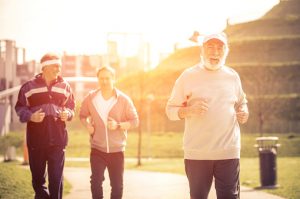 Getting older can cause physical attributes to decline, leading to decreased muscle and bone mass. While these could be mitigated with a proper exercise regimen, most people in their old age often act too late.

However, a new study from the Mayo Clinic in Rochester finds that despite the physical changes that accompany old age, decreased lung capacity isn’t one of them. This is great news for seniors out there who want to make a change and feared that their lungs wouldn’t keep up.

The lungs are a pair of elastic-like organs that expand and contract, moving air in and out. They are responsible for the exchange of oxygen with carbon dioxide that occurs every day, more so during physical activity. This exchange of oxygen and carbon dioxide is called lung diffusion capacity. Many diseases and conditions can affect this value. Aging is also noted to decrease this exchange process.

Old lungs are comparable to young ones

Surprisingly, not a single group was found to have impaired lung function, even when comparing older adults to younger ones. The researchers were certain that at least some disparity would be observable in this respect, but none were seen.