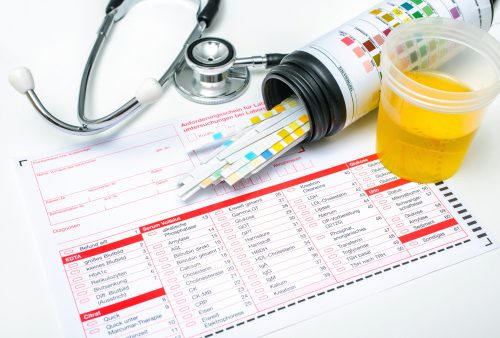 The study looked at women with a history of recurring urinary tract infections that were treated with antibiotics. The women were divided and either received a Lactobacillus crispatus intravaginal suppository probiotic or a placebo over the course of five days, then once a week for 10 weeks.

A urinary tract infection is caused by bacteria that enter the urinary tract and it can affect the kidneys, bladder, and the tubes that connect them. Urine found in the body is generally sterile, but once bacteria enter it, that is when an infection can be caused.

Urinary tract infections account for 8.3 million doctor visits a year, making them quite common, but if a UTI occurs twice within six months that is when it is known as recurrent.

There are many reasons as to why women experience recurrent urinary tract infections, including:

Men, too, can experience a urinary tract infection, but it is not nearly as common in men as it is in women. Another reason why men would experience a UTI is due to an enlarged or infected prostate.

Treatment options for a UTI are vast, and choosing the right one depends on your own situation. Common treatments for a urinary tract infection include:

Speak to your doctor about your risk and learn more about what you can do to prevent UTIs, as they do come with a serious risk by causing damage to the urinary system.