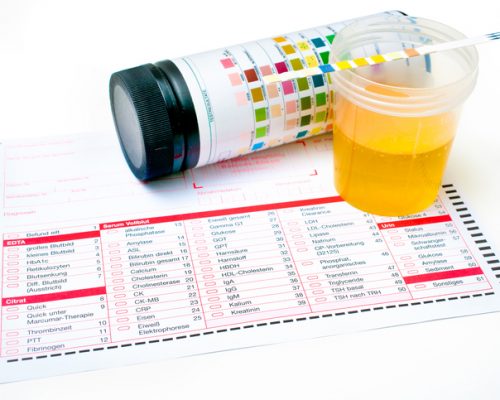 Urinary tract infections (UTIs) are more common in schizophrenia patients experiencing relapse. In fact, the risk of developing a UTI during schizophrenic relapse is 29 times higher than for healthy individuals.

Schizophrenic relapses often cause delusions and other symptoms that affect personal hygiene and hydration, the two factors that can affect the risk of UTIs. On the other hand, urinary tract infections have been found to be a trigger for relapse.

Alternative studies have found worsened dementia-related problems in patients with UTIs, but once treated, these problems improved as well. Additionally, babies born to mothers suffering from a serious infection during pregnancy have a higher risk of developing schizophrenia.

The researchers suspect that the mother’s infection somehow reprograms the baby’s immune system, making it more vulnerable to infections and autoimmune diseases.

In general, schizophrenics have a shorter lifespan than the general public and have a higher risk of death from infectious diseases.

Recurrent urinary tract infections have been found to be associated with acute psychosis in schizophrenia patients. The researchers reviewed medical data from the subjects who were hospitalized for acute nonaffective psychosis, affective psychosis, or alcohol detoxification, comparing them against healthy controls.