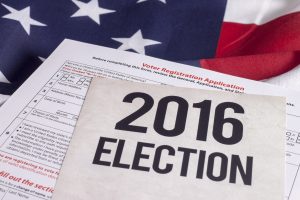 It doesn’t matter where you look or where you go. Every channel, every radio station, every newspaper cover… somewhere, somebody is talking about the upcoming elections. Of course, election time is always a bit frenzied, but this year the race to the top is particularly heated.

As a voter, sharing in the responsibility of choosing a new leader for your country can be scary. What if the majority makes the wrong choice? The added stress along with all those gossips and rumors that come along is just enough to raise your blood pressure! But can it really?

It has been well known that environmental factors can contribute to high blood pressure. So are the presidential debates and election any different? Well, not really.

Tures also noted what could have contributed to the rise and dip in his blood pressure. He speculated that the constant interrupting and the way each candidate stood on their respective issues definitely caused his blood pressure to rise. By the end, both candidates started cooling off and said they’d honor the election results – correlating with lower blood pressure reading for Tures.
Generally, a reading of over 140/90 is considered hypertension, which Tures did manage to experience for some time during the election. Tures seemed to be relatively healthy, so a spike in blood pressure during one event may not cause lasting damage. Unfortunately, for those who already have hypertension, drastic spikes could lead to serious problems, including a heart attack.

As mentioned, environmental stressors are viable causes for high blood pressure. People react differently to different things, but with the upcoming election being so emotionally charged, it may very well be a common cause for higher blood pressure.

These occasional spikes may pose a problem for those with already high blood pressure, and that is why it’s so important to keep it in check. Reducing stress is a good place to start. Other ways to lower your blood pressure include reducing your sodium intake, losing weight, minimizing your alcohol intake, not smoking, exercising regularly, and eating well – and maybe, for some, avoiding election talk?

Whatever healthy way you pursue to reduce your blood pressure, it’s important that you do so, because hypertension can contribute to a number of negative health outcomes, including heart attack and stroke.

High blood pressure? Do this one thing