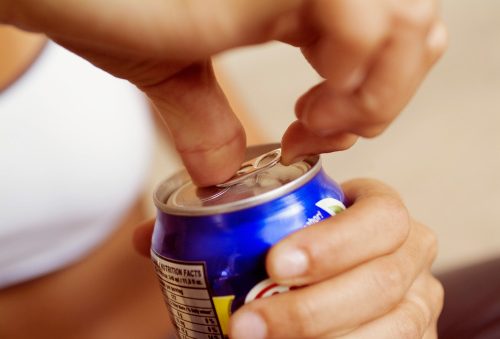 A recent study uncovered that drinking two or more sweetened beverages a day increases the risk of heart failure. Heart failure affects roughly 23 million people worldwide, and only half of those diagnosed with heart failure live longer than five years. Men and the elderly are known to be at the highest risk for heart failure.

In order to assess a link between sweetened beverages and an increased risk of heart failure, researchers examined data from 42,400 Swedish men.

The men were between the ages of 45 and 75 when the study began. They were asked to provide a report on their consumption of 96 common foods and beverages over the course of a year. There was no distinction made about how the beverages were sweetened, but coffee, tea and fruit juices were not included.

The men were monitored, on average, over the course of 12 years. During that time, 3,604 cases of heart failure were reported and 509 men died from it.

The research is observational so there is no definite causation, and the study only explored Caucasian men, so it’s hard to rule out the same effects on women or different ethnicities. It does, however, bring further attention to the harmful effects of sweetened beverages.

Professors Miguel Martínez-González, M.D., and Miguel Ruiz-Canela, Ph.D., of the Department of Preventive Medicine and Public Health, University of Navarra, and the Biomedical Research Center Network on Obesity and Nutrition, wrote in regards to the researchers findings, “The well known association of sweetened beverages with obesity and type 2 diabetes, which are risk factors for heart failure, reinforces the biological plausibility of [the study authors’] findings. Based on their results, the best message for a preventive strategy would be to recommend an occasional consumption of sweetened beverages or to avoid them altogether.”

The findings were published in the journal Heart.