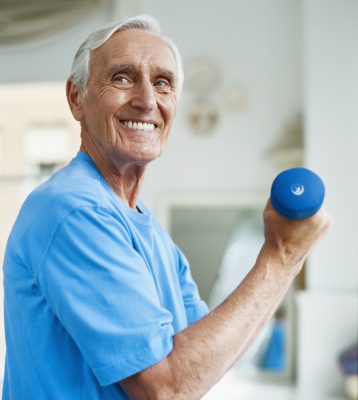 Exercise needs all the promotion it can get. Though the world knows of its importance to health, most individuals still find it hard to put in the time toward a little exercise. On that note, here are the results of two new studies to refocus our attention on fitness.

One new study, from the “British Journal of SportsMedicine,” found that doing small amounts of any type of exercise could improve mental health. That includes just 20 minutes a week! Though it should be noted that researchers found the harder the activity, the greater the benefit. Exercise strengthens the flow of blood to the brain, reduces inflammation and softens stress. These three abilities could help prevent anxiety, depression and even dementia.

While it has long been known that exercise is good for the heart and helps prevent obesity and type 2 diabetes, its link to mental health has been less clear. This study, with nearly 20,000 adults from Scotland, helps shed light on this topic. Researchers found that fitness from any source, including sports, walking, gardening or simple housework, was linked with 41% lower risk of mental distress. Sports trumped everything, though, by reducing the risk of stress and depression by 33%.

Mixing some housework with sporting activity is a good bet for improving one’s mental activity. This is believed to be the first study to look at how certain activities relate to mental health. It proved that this relationship does exist.

The other new study comes courtesy of the same UK medical journal. Researchers found that anyone who does aerobic  activity over a long period of time could delay their body’s natural aging process by up to a dozen years. What happens is that jogging, bicycling and other forms of aerobic activity improve how the body consumes oxygen and generates  energy.

Around middle age, the body’s ability to perform aerobic fitness decreases by a certain measure every 10 years. When  this falls below a certain point, it is hard to perform fitness without becoming quickly exhausted. A person at age 60 has about half the “maximal aerobic power” that he or she had at age 20.

But if that person maintains solid aerobic exercise over the long term, it boosts that aerobic power. It boosts it to the equivalent of 10 to 12 biological years. It does so by making the body more efficient at taking in oxygen and staying energized.