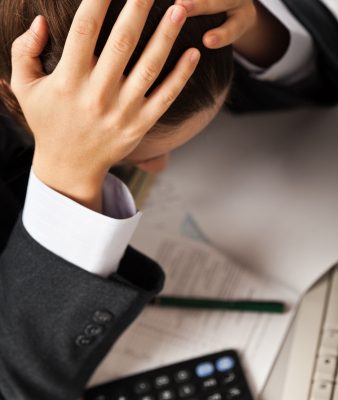 Statistics show that the average American watches about 28 hours of television every week. Add to that hours spent using electronic devices and a good portion of time is gone.  Television and electronics can stimulate conversation, can entertain us, and can even educate us; however, a lot of evidence indicates turning off these devices can lead to good health.

About 50 per cent of Americans admit to watching too much TV. No one knows whether the other 50 per cent are being active, are unwilling to admit they are couch potatoes or if they are simply in denial. What we do know is that for year’s studies have associated sedentary behavior like watching TV to weight problems. According to Harvard School of Public Health too much time in front of the TV can destroy diets and ultimately your good health.

RELATED READING: Give Your Own Massage for Pain Relief

Very few of us can say that we have not enjoyed a little television and snack at the same time, but for some people excessive TV watching and munching always go hand-in-hand.  Studies show that watching the tube can be linked to increased calorie intake and poor diets. A lot of advertising on television is focused on low nutrient, high calorie foods. The Institute of Medicine has said that marketing practices in the food and beverage industry are putting the long-term health of children at risk.  According to the National Heart Blood and Lung Institute children who have televisions in their bedrooms tend to watch up to 1.5 hours more TV each day than those who don’t.

Television, Electronics and Lack of Exercise

In recent months more scientific evidence has pointed to how sitting still can start to chip away at your good health. An analysis published in the Journal of American Medical Association states that data collected from 8 studies shows every additional two hours people sit still watching television or staring at a computer, their risk of developing type 2 diabetes increases by 20 per cent, and their risk of heart disease increases by 15 per cent. Furthermore, research suggests that sitting for long periods of time may cause changes in a person’s metabolism that could lead to high cholesterol and ultimately weight gain.

Here are some suggestions for television watchers who want to maintain good health.

Television and the Mind

Diets and sedentary behavior aren’t the only issues to consider. There are studies that suggest watching television can have a negative impact on learning abilities. One report in the Archives of Pediatrics and Adolescent Medicine demonstrated a potential link between very young children watching television and low cognitive outcomes. Pediatricians recommend no television watching for children under 3 and high quality, age-appropriate programming for kids 3 and older.

A 20-year-study conducted in New York State concluded that teenagers who watch several hours of television per day do much worse at school. The research shows they have attention problems and are less likely to continue past high school. The authors of the study did admit however, that the learning disorder is not clear; that the teenagers could be watching more television to pass the time because they find textbooks too difficult to read and understand.

While the debate over whether or not television is good exercise for the brain continues, most medical experts will agree that TV watching, as well as sitting around using computers and other electronics for several hours each day can be unhealthy in the long term. Doctors suggest that we can still enjoy our favorite television programs, (in moderation) but don’t forget about diets and exercise.