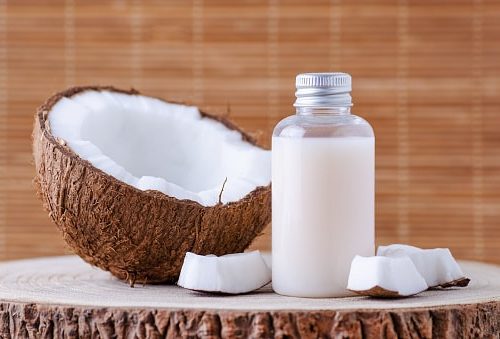 Many people are choosing to cook with coconut oil, as it has been hailed as a superfood. A few months ago we reported that “Initial claims of coconut oil suggested it could aid in weight loss and boost immunity. As of late, these claims are being questioned along with other issues are arising such as coconut oil’s effect on cholesterol levels.” Today, we will focus on that relationship.

Coconut oil is typically in a solid form and has a high melting point, whereas oils high in monounsaturated fats and polyunsaturated fat, like olive oil, remain a liquid at room temperature, revealing that coconut oil is far denser in fat.

There have been several studies that have examined the effects of consuming saturated fat. Some suggest that by swapping saturated fat with polyunsaturated you can reduce your risk of heart disease by at least 19 percent. Other studies have suggested the reduction is as high as 25 percent.

Because there is no real evidence to suggest that coconut oil it as “magical” as claims have made it out be, it may be best that you avoid using it as a primary cooking oil, especially when there is research that points to coconut oil as unhealthy.

If you want to continue to use coconut oil, then use it for its cosmetic benefits, such as conditioning hair or skin But if protecting your heart is a priority, then it really doesn’t make the list of healthy oils you should use. Instead, opt for oils containing monounsaturated or polyunsaturated fats.