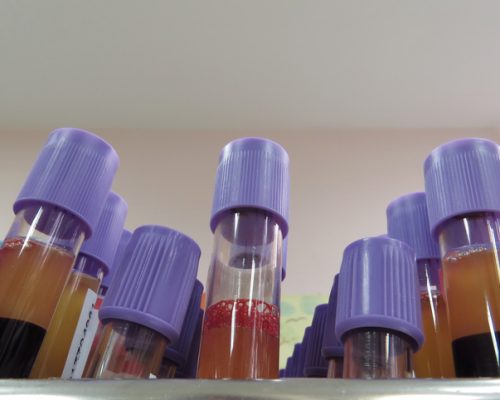 Triglyceride levels in postmenopausal women may predict ischemic stroke risk more accurately than cholesterol. The study uncovered that common risk factors such as high cholesterol are not as effective in predicting the risk of stroke in postmenopausal women. The researchers suggest focusing on triglyceride levels instead for a more accurate risk estimate.

Lead author Jeffrey S. Berger said, “Every year, hundreds of thousands of people are affected by stroke, and there is a tremendous emphasis on identifying people at increased risk. This study revealed that what we’ve been using to evaluate risk all these years actually has little to no predictive value in older women. Triglyceride levels, however, take on a new significance.”

Dr. Berger added, “We’ve always believed that total cholesterol and LDL cholesterol levels were the most important biomarkers for identifying stroke risk, but this study gives us strong evidence to question that approach.”

The researchers monitored the health of 90,000 postmenopausal women for 15 years. Of these, they focused on the first 972 women who suffered ischemic stroke and compared them to 972 healthy controls.

High triglycerides were found to be significantly associated with a higher risk of stroke. Women with the highest triglyceride levels were nearly twice as likely to have suffered an ischemic stroke. LDL and total cholesterol, on the other hand, were not associated with the stroke risk among postmenopausal women, even though these are common risk factors for the general population.

Dr. Berger concluded, “This is only the first step. It’s a really important step, but it’s not the end of the story. While this study identifies subjects at increased risk of ischemic stroke, the long-term goal is to reduce that risk. Future studies aimed at lowering triglyceride levels for reducing the risk of stroke are warranted.”

Here are the necessary lifestyle changes you need to make in order to lower your triglyceride levels and live a healthier life. Not only will these lifestyle changes help support healthy heart numbers, but they are also beneficial for your overall good health, too.