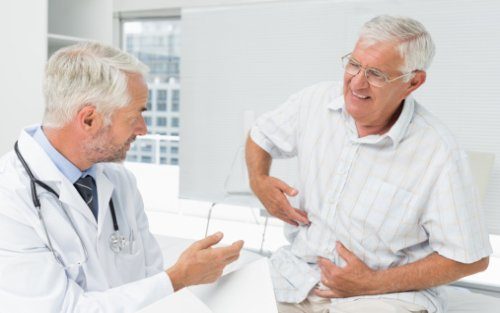 What is biliary dyskinesia?

Biliary dyskinesia is a disorder of the gallbladder and a part of the biliary system called the sphincter of Oddi. It is often characterized by the inability of for bile to move normally into the intestines. The world biliary comes from the word bile, and the word dyskinesia simply means a disorder of functioning.

In healthy individuals, the gallbladder servers to store bile; a digestive fluid that is excreted to the small intestine to aid in the breaking down of fats. However, in biliary dyskinesia, bile is unable to reach the intestinal tract resulting in bile to remain in the gallbladder and/or biliary tract leading to the development of pain.

The exact prevalence of biliary dyskinesia is not known, but the occurrence of functional biliary pain; which it is often alternatively called, was found to occur in approximately 8 percent of men and 21 percent of women, as evaluated during ultrasound testing. Biliary dyskinesia typically affects adults between the ages of 40 and 60, with women having a greater incidence than men. Biliary dyskinesia is considered much more rampant in the US and is rarely found in other countries.

Also known as hyper motor dyskinesia of the biliary tract, this type of biliary dyskinesia occurs when the bladder contracts too often or too much while the sphincters do not open completely. This leads to increased amounts of unconcentrated bile being excreted out of the gallbladder and depletion of bile stores. Hyperkinetic biliary dyskinesia is defined as having an ejection fraction of above 75 percent.

It is believed that this type of biliary dyskinesia caused by an excess of bladder receptor sites for cholecystokinin; a hormone that causes gallbladder contraction. However, since to its rarity, hyper kinetic biliary dyskinesia has not been studied extensively.

The more common of the two types and therefore the type more extensively studied. It is characterized by the gallbladder does not contract as frequently, exhibiting an ejection fraction falling in the range of 32 to 42 percent. Hypokinetic biliary dyskinesia is seen to develop more in females while its increased prevalence during middle age and increasing as we get older.

What are the causes and risk factors of biliary dyskinesia?

Abnormalities in the movement and release of bile have many contributing factors. Under normal conditions, when you ingest food it sends a signal to the brain which then sends a signal to the biliary system to trigger the contraction of the gallbladder. This process serves to allow sufficient bile to reach the small intestine through the common bile duct. If an insufficient amount of bile is released it could prevent appropriate break down of vital nutrient to be absorbed by the body such as essential vitamins and minerals. The following are some reasons for this to occur.

This can have a significant effect on many bodily functions including the biliary system. It is hypothesized that stress may lead to dopamine dysfunction; a neurotransmitter in the brain, leading to the gallbladder having difficulty receiving signal for contraction from the brain.

The most widely known cause of biliary dyskinesia and is also known as autonomic dysfunction which leads to the dysfunction neurons. Neurodegeneration is a common feature of aging but can occur in younger individuals or due to medical conditions involving excessive inflammation. Specifically, abnormalities involving the Vagus nerve; which influences the gallbladder, can lead to biliary dyskinesia.

This is in respect to the gallbladder and biliary system. If the anatomy of these structures is altered or becomes altered, it can lead to the inability of bile to flow properly. Malformation can be inherited or be caused later on by related health conditions, such as chronic inflammation in the organ.

Thyroid hormone is required for relaxing the sphincter of Odd, which controls the excretion of bile into the small intestine. Therefore, those with decreased thyroid function have an increased chance of developing biliary dyskinesia. Hypothyroidism is also associated with in the increased likelihood of bile duct stone production and also affects the vagus nerve.

Gastrointestinal diseases affect the normal function of digestive organs. Those with gallbladder dysfunction are more likely to have other co-existing symptoms with the gut such as diarrhea, constipation, leaky gut, food sensitivities or parasites.

Risk factors that increase the likelihood of developing biliary dyskinesia include:

What are the symptoms of biliary dyskinesia?

How to diagnose biliary dyskinesia?

Sharp abdominal pain is not exclusive to biliary dyskinesia. Therefore, when planning investigative measures, a broad differential is important to make sure your doctor does not miss any potentially harmful compilations. After taking a detailed history of presenting symptom, your doctor will likely do some or all of the following diagnostic tests

The symptoms of biliary dyskinesia may go away without any form of treatment, however, if symptoms are persisting or severe, your doctor may recommend the following:

The right dietary modification can create a condition that promotes normal bile outflow and often come with the restriction of certain types of food. Foods that should be avoided include:

It is generally recommended to eat more fruits and vegetables to help keep bile regulation normal. However, the most common cause of biliary dyskinesia, hypo-motor, there are certain food combinations that can help with the condition

Additionally, it is recommended to eat frequent meals throughout the day, instead of less frequent larger meals. Meal portions should be small, and your food should not be too cold or too hot in temperature. Drinking at least two liters of water per day should also be done.

If you continue to experience symptoms despite all your efforts, going to the emergency room is a wise choice. If you choose not to seek professional care you may experience the eventual complications of gallbladder pain which include discomfort while eating, weight loss, electrolyte abnormalities, and a decrease in quality of life.