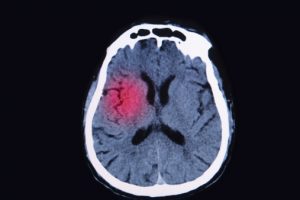 How big is the problem of traumatic brain injury? Well, in 2010 alone, nearly 2.5 million emergency hospital visits were due to a TBI. TBIs contributed to over 50,000 deaths, and over the last decade there has been a 70 percent increase in TBIs. It is important to note though that TBI-related deaths have slightly decreased.

Falls are the leading cause of traumatic brain injury, affecting the youngest and oldest age groups most often. Other common causes include being struck by or against something, motor vehicle traffic accidents, and assaults.

A Canadian study looked at the growing rate of seniors experiencing TBI and found an increase among those over the age of 65. The researchers examined data of hospital visits and deaths resulting from TBI. Study author Terence Fu said, “During this study period, hospitalization rates remained steady for children and young adults, but increased significantly among adults ages 65 and older. Elderly adults were most vulnerable to falls and experienced the greatest increase, 29 percent, in fall-related hospitalization rates. Young adults were most at risk for motor vehicle collisions, but experienced the greatest decline in MVC-related admissions.”

It is troubling to see growing numbers of TBI among seniors, as alternative research suggests it may initiate Alzheimer-like neurodegeneration.

It is well known that experiencing a TBI can have lasting effects, as study coauthor Douglas Smith explained, “A single traumatic brain injury is very serious, both initially, and as we’re now learning, even later in life. Plaques and tangles are appearing abnormally early in life, apparently initiated or accelerated by a single TBI.”

The researchers uncovered tau tangles and amyloid-beta plaques in TBI survivors years after their injury. Repetitive TBI cases studied previously have shown an accumulation of tau tangles. In studies that looked at TBI patients less than four weeks after death, tau tangles were not observed.

The researchers studied post-mortem brains from 39 long-term survivors of TBI and compared them with uninjured, age-matched controls.

TBI survivors revealed high density and wide distribution of neurofibrillary tau tangles and amyloid-beta plaque pathology much greater than the age-matched, healthy controls. Furthermore, nearly one-third showed neurodegeneration similar to that in Alzheimer’s disease in those with only one TBI.

The results indicate that Alzheimer’s disease-like neurodegeneration can be found several years post-TBI, even after a single occurrence. Future research is required to better understand brain changes after a singular TBI event.

Suffering a traumatic brain injury (TBI) increases the buildup of Alzheimer’s plaques in the brain, as found by a new study that suggests these plaques even form in areas not typical to Alzheimer’s disease. Continue reading…

A hypertension drug has been shown to block traumatic brain injury (TBI) inflammations caused by liver proteins. TBI has been shown to affect the body as well as the brain in animal studies. The findings were discovered by researchers at Georgetown University Medical Center. Continue reading…