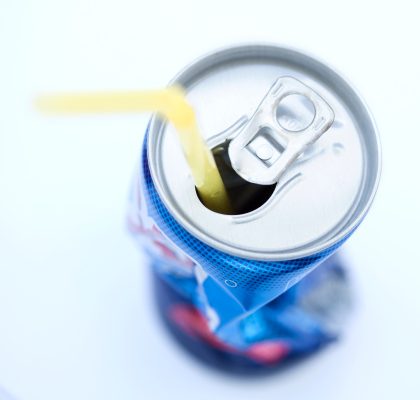 Energy drinks are very popular in North America. Last year sales exceeded 12 billion dollars and the projection 5 years from now is just over 20 billion. This is despite that fact that energy drinks continue to get negative publicity.

Over the last few years there have been a string of reports about energy drinks and possible connections to health problems. The latest news…that a survey ordered by the U.S government shows the number of people seeking emergency care after consuming energy drinks has doubled in the past four years.

The Statistics show that from 2007 to 2011 emergency cases involving teenagers and young adults jumped from 10, 000 nationwide to just over 20,000. The report doesn’t pinpoint specific symptoms, but calls energy drinks “a rising public health problem”. According to government reports the following symptoms have been linked to the consumption of energy drinks in the past:

The survey results come as a concern to many government officials who are still startled by reports last fall of 18 deaths that may be associated with energy drinks, including the death of a 14-year-old Maryland girl who reportedly consumed two large cans of an energy drink. According to CBS news an autopsy shows the girl died of cardiac arrest brought on by caffeine toxicity. Toxins are substances that can be poisonous to humans.

While caffeine is safe in small amounts, large doses have proven toxic. The energy drink company in this case doesn’t believe that their beverage was the cause of death. They are currently embroiled in a law suit with the deceased girl’s family.

Teens and the Threat of Toxins in Energy Drinks

Teen appear to be big consumers of energy drinks; enticed by the idea it will give them a physical and mental boost. However, the health concerns in the U.S linked to the beverages, as well as 86 adverse reactions that have been reported to Health Canada, have regulators and medical officials on alert. Doctors in the province of Nova Scotia are recommending a ban on the sale of energy drinks to anyone under the age of 19. Meanwhile, the U.S Food and Drug Administration has announced it will turn to outside experts to determine if energy drinks pose a particular threat to teenagers or people who have underlying health issues.

The reality is that in our fast-paced world we often need an energy boost. The good news is that there are alternatives to energy drinks. Nutritionists suggest half a cup of trail mix, a banana and a spoon full of peanut butter will give you a boost.  A bowl of whole grain cereal with low-fat milk is another alternative. High quality protein shakes, plenty of rest and drinking lots of water are also recommended to keep your energy level up.