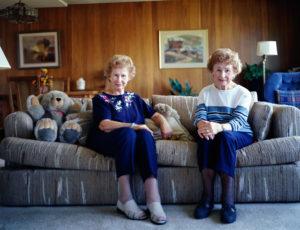 Older women who sit for long periods of time should be concerned about a higher risk of heart disease, according to new research. A new study published in the Journal of the American Heart Association has shown a direct link between longer sitting times and heart disease among overweight and obese postmenopausal women.

The study included a total of 518 participants, all women with an average age of 63 years and a total average body mass index (BMI) of 31 kg/m2. Data from the participants was analyzed as a single group and by two ethnic groups, Hispanic women or non-Hispanic. All participants were required to wear accelerometers on their right hip for up to 14 days, removing the devices only to sleep, shower, or swim. The accelerometers allowed the researchers to track and record sitting and physical activity of the participants each day throughout the study. Along with the accelerometer, a single blood test was performed to measure blood sugar and insulin resistance.

“We were surprised to observe such a strong negative link between the amount of time spent sitting and insulin resistance, and that this association was still strong after we accounted for exercise and obesity,” said lead study author Dorothy D. Sears, Ph.D., professor of nutrition at the Arizona State University College of Health Solutions in Phoenix.

The Effects of Sitting on Insulin Resistance

It was found that post-menopausal non-Hispanic women sat an average of 9 hours per day, compared to Hispanic women who only sat for 8-1/2 hours per day. When specifically looking at the number of hours of sitting time per day researchers noted that each additional hour of sitting was linked with a more than 6% higher fasting insulin and a more than 7% increase in insulin resistance. After each hour, each additional 15 minutes in average sitting period was associated with a greater than 7% higher fasting insulin and an almost 9% increase in insulin resistance.

Sears concluded, “The findings of this study build upon earlier research including our own, which showed, among older women, that too much time in sedentary behaviors was associated with higher risk for diabetes and heart disease. Reducing sitting time improves glucose control and blood flow, and engaging in physical activities, even light-intensity daily life activities like cooking and shopping, show favorable associations with reduced mortality risk and prevention of heart disease and stroke.”

“In addition, Hispanics are a population that is understudied with respect to health risks,” said Sears. “Hispanic women may have genetic differences that may increase the negative effects that sitting has on blood sugar. Health care providers should encourage patients, including older adults, to reduce their sitting time, take breaks in their sitting time and replace sitting with brief periods of standing or light physical activity.”

Insulin resistance is a strong risk factor for both cardiovascular disease and type 2 diabetes. Therefore, it is important to find the cause so it can be caught early, or even prevented. Many health professionals are quoted as saying that “sitting is the new smoking,” and research such as this reinforces how important it is stay active in later years.