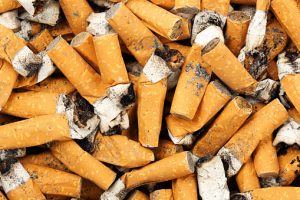 There is no question about it: tobacco is bad for our health and our environment. However, there was a time when these dangers were unknown, and smoking was once even recommended by doctors. In the 1950s, it was common to see an ad of a doctor recommending a particular brand of cigarettes. But we now know better. The latest data provided by the World Health Organization (WHO) states smoking kills more than seven million people each year.

This number is expected to increase, with more than one billion deaths expected this century alone.

Our view on tobacco has changed drastically over the last few decades. It was initially promoted as a remedy for a sore throat, but now cigarettes are vilified, having been banned in public buildings in states across the nation.

“By 2030, more than 80 percent of the deaths will occur in developing countries, which have been increasingly targeted by tobacco companies seeking new markets to circumvent tightening regulation in developed nations,” said WHO chief Margaret Chan.


Our planet is being destroyed

The World Health Organization believes that the production of tobacco itself is damaging and polluting our environment. Tobacco farming has led to deforestation and requires large quantities of fertilizer and pesticides. This has a significant impact on the land and wildlife. They also estimate that one tree is needed for every 300 cigarettes made.

The tobacco industry is estimated to emit nearly four million tons of carbon dioxide equivalent annually. This is the same as about three million transatlantic flights.

Not to mention when cigarettes fall into the hands of their customers, exposing themselves to known cancer-causing and toxic substances. Smoking also releases greenhouse gases that travel up into the atmosphere. The discarding of cigarette butts has also proved problematic as they collectively make up the largest number of individual pieces of litter in the world, accounting for nearly 40 percent of all items collected in coastal and urban clean ups.