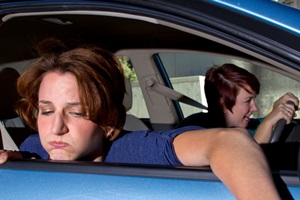 That plane trip to your tropical getaway just doesn’t appeal. You want the sun, sand and beach, but flying high over water to get there has you feeling anxious even before you reach the airport. It’s not because you’re afraid to fly, it’s the motion sickness. You break out into a cold sweat, feel dizzy and need to dash to the bathroom to vomit… 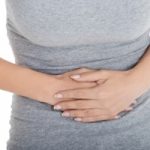 Motion sickness can be mild or severe. If you’ve had it before, you’ll relate to the following symptoms. The most common are:

Mild symptoms are categorized as:

More serious symptoms include the following: 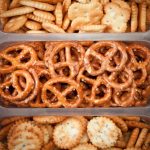 Plan ahead to escape the symptoms of motion sickness. Keep in mind, too, the more you travel, the more easily you’ll adjust to being in motion.
Preventing motion sickness is a priority for travelers. It can be as simple as following these quick tips for avoiding motion sickness:
If you’re traveling, reserve seats where motion is felt least, and always ride where your eyes will see the same motion that your body and inner ears feel:

1 By car, drive or sit in the front passenger’s seat. Back-seaters always experience the bumps and potholes.

2 If you’re on a ship, ask for a cabin in the front or middle of the ship near the water level. Go up on deck and watch the motion of the horizon.

3 When you’re flying, try to get a seat over the front edge of a wing where the motion is minimized. Once seated, direct the air vent flow to your face.

4 By train, take a seat near the front and next to a window and sit facing forward.

5 Don’t read because it can throw you off-balance and make symptoms worse. Instead, focus on a distant, stationary object.

6 Try to keep your head as still as possible, resting comfortably against a seat back.

7 Don’t watch or talk to someone who is experiencing motion sickness. Sharing is not helpful in this case!

8 Don’t overeat, and avoid strong odors, spicy or greasy foods and alcohol. These can set you off.

9 Drink a carbonated beverage or eat dry crackers to help settle your stomach if you become ill.

10 Take an over-the-counter antihistamine, such as meclizine (Antivert), or one containing dimenhydrinate (Dramamine), at least 30 to 60 minutes before you travel. Expect drowsiness as a side effect. Dimenhydrinate is also available as a new medicated chewing gum which can provide significant relief from symptoms of motion sickness.

Now that you’re better acquainted with how to beat motion sickness, you can enjoy your travels. These simple tips will get you on your way, safely and without stomach upset. Bon voyage!

Causes and symptoms of vertigo

If you listen to pop music you may be familiar with the lyrics, “Hello, hello, I’m at a place called Vertigo…” Catchy tune indeed, but vertigo in reality may feel more like, “The jungle in your head…A feeling so much stronger than a thought.” Read more about causes of vertigo and what you can do about it.

These popular medications cause falls and serious injury

As you get older there is a pretty good chance you are taking more medications to try to ease some of the discomfort you feel as you head into your golden years. However, you might not have guessed that some of these same medications can also lead to falls – and falls can mean serious injury, hospitalization, even loss of independence. Find out more here.