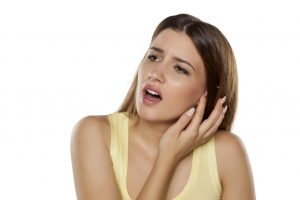 Tinnitus treatment retraining the brain may work to alleviate the ringing symptoms. Professor Michael Merzenich at UB San Francisco, not involved in the study, commented, “This work is the most clearheaded documentation to this point of what’s actually happening in the brain’s cortex in ways that account for the ongoing genesis of sound. As soon as I read the paper, I said, ‘Of course!’ It was immediately obvious that this is almost certainly the true way to think about it.”

Prof. Merzenich is a chief scientific officer at Posit Science, which develops software to retrain the brain by improving memory and addressing issues such as schizophrenia, Alzheimer’s disease, and tinnitus.

“Two million Americans are debilitated by tinnitus. They can’t work, they can’t sleep. It’s life destroying and a substantial cause of suicide. These experiments have led us to rethink how we attack the tinnitus by our training strategies,” Prof. Merzenich continued.


Most common causes of tinnitus

Tinnitus is a condition in which a person hears a noise that is not actually present. It can sound like humming, buzzing, or ringing in the ear. Tinnitus can be associated with aging or caused by prolonged exposure to loud noises damaging the tiny hairs in the ear that allow us to hear properly.

Sensory loss, too, can contribute to tinnitus. As the brain receives less external stimuli in a certain frequency, it starts adapting and changing, so tinnitus may be a result of the brain compensating for the lack of sound frequencies it no longer receives.

Some medications have also been found to contribute to tinnitus, including aspirin, ibuprofen, and certain antibiotics.

There is currently no cure for tinnitus, but there are treatment options available to help you living with a constant ringing in the ears. For one, you can benefit from cognitive behavioral therapy as it equips you with strategies to cope with the noise in the ears.

Hyperacusis causes, symptoms, treatment – and its relation to tinnitus