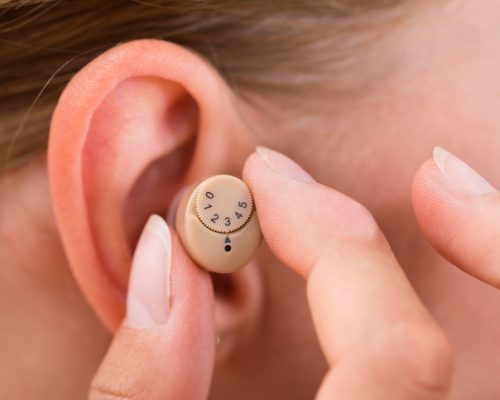 Tinnitus has been shown to have a negative impact similar to that of hearing loss, impeding on one’s physical and emotional well-being.

In a large-scale study on tinnitus in the U.S., 39 percent of people with hearing impairments reported that tinnitus was the main reason that they had not gotten hearing aids. There is no explanation for such low rates of adoption. One theory suggests that with milder hearing loss, tinnitus causes more problems in daily life than hearing loss. Plus, people may be unaware of the fact that hearing aids can alleviate tinnitus rather than worsen it.

Hearing aids can improve tinnitus by:

It’s important that you opt for well-fitted hearing aids to get the best relief of tinnitus. These are known as open-fit hearing aids, which use a fine tube or speaker placed in the ear canal to deliver the sound. Not only will open-fit hearing aids help with tinnitus, but they are also best suited for mild hearing loss, thus helping improve your hearing even in the slightest of matters.

Speak with your specialist or doctor about hearing aid options, especially if you are dealing with hearing loss and tinnitus simultaneously. You may find that they greatly improve both conditions, and you can go back to enjoying your daily life.