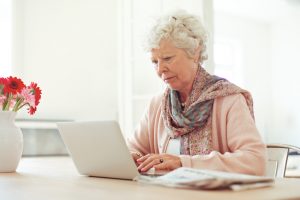 Tinnitus patients now have the option to cope with phantom noise using internet-based self-help therapy. A German-Swedish study had participants with moderate to severe tinnitus try out various forms of therapy over the course of 10 weeks. One group was on internet-based self-help therapy, the other was going through group therapy, and the third one – the control – was only taking part in an online discussion forum.

The outcomes for both internet-based therapy and group therapy were found to be more successful than in the controls (participating in online discussion only) in managing symptoms of ringing in the ears, a signature symptom of tinnitus.

Although cognitive behavioral therapy has been found to improve symptoms and management of tinnitus, many patients do not have access to such treatments, nor do they have the desire to partake in psychological therapy. The study then reveals that patients can now benefit – similarly to cognitive behavioral therapy participants – by partaking in the internet-based therapy, which encourages them to adopt an individual and active strategy to manage their tinnitus.

The results were measured using the Tinnitus Handicap Inventory (THI), showing a decrease in distress from 40 points to 29 points in the internet-based therapy group. Even those in the group therapy yielded positive results, decreasing distress from 44 points down to 29 points. There was minimal improvement in the control group, however. For these patients, the average distress of 40 points only went down to 37.

Researcher Dr. Maria Kleinstäuber explained, “Our internet-based therapy concept was very effective when it came to the reduction of tinnitus-related distress or, to put it another way, at increasing the tolerance levels of subjects with regard to their tinnitus.”

The researchers suggest that psychotherapy should be recommended to tinnitus patients more often as a means to help them better manage their condition.

An alternative study has found that therapy can also help tinnitus patients deal with phantom noise. The therapy does not lessen the perception of the noise, but gives patients effective tools to help them better cope with it.

In this pilot study, the patients had to complete computer-based cognitive training and take a drug known as d-cycloserine. Patients reported greater improvements in their ability to cope with phantom noise and carry on their daily lives, compared to those who took a placebo and received the same training.

Senior author Jay F. Piccirillo, M.D., said, “We suspect that both the problems and the solutions concerning tinnitus are in the brain. We don’t know what causes the ringing. Many people with tinnitus have had ear trauma or hearing loss, but not all. And at the same time, a lot of people with ear injuries or hearing loss don’t have tinnitus.”

“In people unable to ignore tinnitus, there is evidence that some brain networks, including areas of attention, executive function, and emotion, are not working properly. We think the cognitive therapy helps our patients change the wiring in the brain, which may help them direct attention away from the tinnitus,” Dr. Piccirillo added.

The drug helps participants work through the cognitive training much more effectively, which is what contributed to the better results, compared to the placebo group.

Dr. Piccirillo plans to perform his research on larger groups of people to determine the effectiveness of cognitive training and d-cycloserine.

Treatment and therapy options for tinnitus 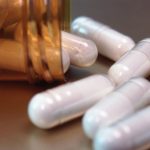 Tinnitus is permanent in about 25 percent of patients. In many cases, addressing the underlying cause of tinnitus can help ease the symptoms. Treatment methods may include taking antibiotics, removing obstructions or ear wax, changing medications or dosages, treating certain neurological illnesses, getting a surgery to correct joint problems, going for counselling for stress or depression, and getting dental work done.

If no underlying cause has been identified, then alternative treatments may be required. Common options include wearing a device (similar to a hearing aid) that provides soothing or pleasing sounds, training the brain not to hear the annoying sounds, wearing hearing aids in case of hearing loss, as well as avoiding loud sounds, caffeine, and stressful situations as all these factors can aggravate your tinnitus condition.

If managing tinnitus on your own is a challenge, speak to your doctor about your treatment options.