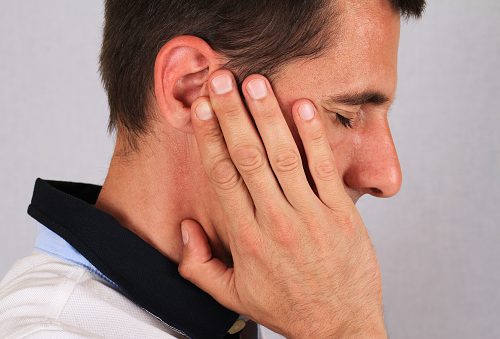 The exact cause of Meniere’s disease is unknown, but there are factors that increase a person’s risk of developing the condition. These risk factors include increased pressure of the fluid in the endolymphatic sac and allergic factors damaging the inner ear. Still, the exact association between these risk factors and Meniere’s disease pathogenesis is not fully understood.

Tinnitus is persistent ringing of the ears even in the absence of sounds. This can negatively impact your quality of life, keeping you up at night, making hearing difficult, and being overall annoying.

There are three main stages of Meniere’s disease: early, intermediate, and late.

The early stage is characterized by frequent, sudden attacks of vertigo that may last for a few minutes or even several hours. During these attacks, one may experience hearing loss along with a feeling of fullness in the ears. Tinnitus may also take place either during or after a vertigo attack.

The intermediate stage of Meniere’s disease involves vertigo attacks, tinnitus, and hearing loss. While vertigo attacks are less severe than in the early stage, hearing loss may become permanent and tinnitus gets more predominant.

The late stage comes with hearing loss, balance difficulties, and tinnitus. Hearing loss is much greater at this point, but vertigo attacks get weaker or cease altogether. The damage to the ear could contribute to balance problems, which become worse in the dark.

Treatment options to reduce the symptoms of Meniere’s disease

As mentioned, there is no cure for Meniere’s disease, but treatments are available to help alleviate the symptoms and improve the quality of life. For starters, your doctor may prescribe you medications to help control your vertigo. These may include motion sickness medications and anti-nausea medications.

Your doctor may also prescribe diuretics to help you expel excess fluid your body may be retaining. For optimal results, stick to a low-salt diet.

Other therapies that may help manage the Meniere’s disease symptoms include rehabilitation for balance problems, hearing aids, middle ear injections, and meniett device, which applies pressure to the inner ear to improve fluid exchange.

Lastly, surgery may also be an option for Meniere’s disease to assist with vertigo.

Working with your doctor can help you choose the most appropriate treatment for your Meniere’s disease symptoms.

Related: Tinnitus treatment: Therapies and exercises to manage ringing in the ears

Tinnitus diet: Foods to eat and to avoid for managing tinnitus