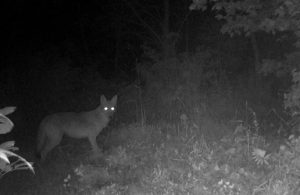 Did you know that throughout the day, your vision and eyesight changes? It’s true. Some hours in the day you have sharp vision, while other hours your vision will be a bit weaker. It may sound strange, but the change in vision actually serves a very important purpose.

Our vision is actually best at dusk – roughly around 8 PM. This is usually a time where it gets dark, so why can we see the best when it’s dark? To answer this question, we have to go back in history to our caveman roots.

Back during the hunter-gather-predator days, dusk was a dangerous time for humans as they could very easily become prey for larger animals. Therefore, humans needed the ability to see threats around them.

A researcher at the Goethe University in Frankfurt tested this theory among 14 men and found they had the best vision at 8 AM and 8 PM. He performed the test by having the men spot a dim flashing orange light across a black background.

Brain scans of the men revealed that vision improves at these times because background activity in the visual cortex becomes shut down so it can better process images in dim light.

Study co-author Dr. Christian Kell explained, “Driving at dusk and dawn may be easier than it should be because the brain has this mechanism to change our perception of light. This makes sense because it would have helped us to survive as ancient humans by perceiving, for example, a lion in the savannah. It would have kept us safe at critical times when nocturnal predators emerged. The brain also suppresses activity in the hearing region of the brain, which could explain why hearing is better at these times too.”

If your vision is strongest at a certain time, it must have a weak point. That time of the day is 2 PM, with men spotting the dim orange light the least around this time.

The researchers believe that humans are hardwired to see the best at dusk and dawn, as the men revealed a reduction in activity of the visual cortex by 26 percent at these times of the day.

Dr. Kell concluded, “Humans, a day-active species, largely rely on the visual sense for spatial orientation. Yet, even in ancestral societies, human activity usually extended into morning and evening times of twilight, when natural illuminance is drastically reduced.”

7 common habits that are harming your vision