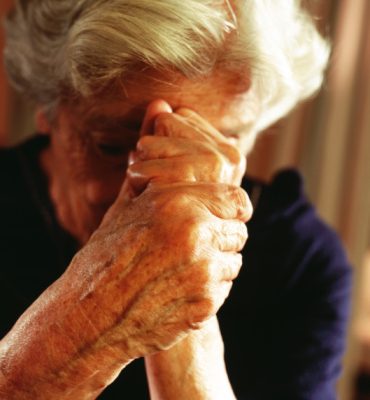 As people age, you would think their biggest concern would be their general health care but studies around the world, including in the United States, Canada, and Britain all show the same trend…the elderly are more concerned about losing their independence. Some research shows that they are more worried about independence than they are about dying.

The poor economic climate in Britain left people approaching retirement with less of a pension and less ability to hire people to come into their homes to assist them. Many quickly realized they would be unable to stay in their homes, but a national survey showed that at least half the elderly feared having to move into a care facility.

A similar survey in Belgium shows that 64 per cent of elderly people would rather stay in their homes and receive help than move out and into a home for the aged. Forty-three per-cent said despite their fear, they predict that they will end up in a home at some point.

A survey in the United States mimicked the results in Belgium. It showed that 64 per cent feared having to leave their homes, but only 7 per cent were afraid to die. Roughly half of the relatives surveyed said they would take in the senior, but 25 per cent of those seniors said they wouldn’t accept the offer because they “don’t want to be a burden on their family.”

Doctors say it is not uncommon for seniors to want to maintain independence. In most cases to maintain independence means to be able to make meals, get dressed, and perform other simple, daily tasks without requiring assistance. While aging is a natural process and most seniors understand this, there are some that are eager to maintain youth and push the envelope. Having said this, researchers say for the most part the elderly know that they can’t act like they are 20 anymore and simply want to remain productive even in a small way.

Our world is aging fast. According to the United Nations by the year 2025 the global population will be 25 per cent elderly people. This greying of the world will put a huge strain on aging facilities so many governments are studying the issue and trying to come up with ways to help seniors maintain independence and stay in their homes longer.

Psychologists say one of the biggest problems with aging is not being able to maintain independence. They argue that it can lead to depression. In many cases the elderly person loses their will to live. Therapists say to maintain youth in your senior years gives you encouragement to not only go on, but try new things. Some experts caution families not to think of the elderly as a lot different. They say maintaining independence gives us all a sense of pride and achievement, and aging doesn’t change that feeling.

If you are concerned about aging or know someone who is aging, there are ways you can prepare yourself to be independent. Studies show that both physical exercise and mental stimulation is helpful. The physical exercise doesn’t have to be rigorous; it can be movement in a gentle manner. As for exercising the mind; it can be in the form of reading or listening to a recording. Today there are also a number of products on the market that can help seniors’ better function in their homes. Perhaps the best advice when you are aging is to not be afraid to discuss your concerns and wishes with your family and your doctors.