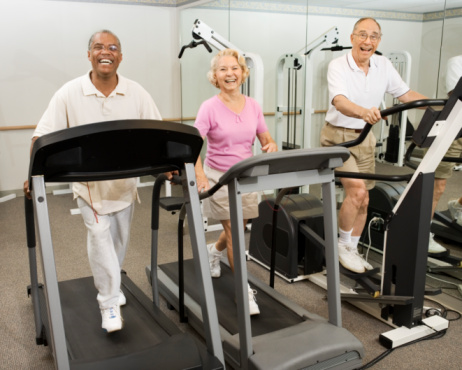 In 2011, over 700,000 Canadians were living with some form of cognitive impairment, which includes Alzheimer’s disease.  Even more disturbing is the fact that this number is expected to reach 1.4 million by 2031, according to the Alzheimer’s Society of Canada.  It is widely accepted that engaging in regular exercise has many health benefits, including a decreased risk of cardiovascular disease and diabetes, strengthening of muscles and bones, and decreased stress. Research is also showing that exercise may have increased benefits for the brain.  A new study shows that one in seven Alzheimer cases could have been prevented if inactive individuals started engaging in regular exercise.  This research shows that exercise is a key feature in Alzheimer’s disease prevention.

The study was commissioned by the Ontario Brain Institute and examined 55 studies related to exercise.  The results from this study showed that there is a strong relationship between regular exercise and the prevention and management of Alzheimer’s disease.  The findings showed that individuals over the age of 65 that took part in regular exercise were approximately 38% less likely to develop Alzheimer’s disease compared to individuals who were inactive.

The Public Health Agency of Canada recommends that people over the age of 65 should engage in 2.5 hours of moderate to vigorous exercise each week.  While 2.5 hours may seem like a lot, it can be done in ten-minute exercise intervals throughout the week.  There are many types of exercise that you can take part in that will get your heart rate up and help you reap the benefits of physical activity including: brisk walking, cycling, swimming and even dancing.  You can even make little improvements throughout your day that will help you reach the 2.5 hour exercise goal.  These activities include: taking the stairs instead of the elevator, gardening, walking to the store instead of driving, and parking your car further away from the entrance to a building and walking a little further instead.  If you need a little motivation to start exercising, think about joining a club with other seniors that will help you to meet your exercise goals. And who knows, you may make some lasting friendships in the group, which will provide you with emotional support!


Exercise and Your Brain

The Mayo Clinic states that engaging in regular exercise throughout the week may have multiple benefits for your brain, including:

–          Improving memory, reasoning and judgement skills in those that are suffering from mild Alzheimer’s disease

–          Delaying the start of Alzheimer’s disease for individuals at risk

–          Slowing the progression of Alzheimer’s disease

While the exact degree to which exercise helps to prevent and slow the progression of Alzheimer’s disease is not completely known, it is proven that regular physical activity does benefit the brain.  Therefore engaging in regular exercise is a great way to benefit mental and physical health.

The economic impact of dementia, including Alzheimer’s disease in Canada is staggering, costing approximately $33 billion per year. According to the Alzheimer’s Society of Canada, if this growing problem continues to be ignored, the costs will climb to $293 billion by 2040. It is important to remember that the problems associated with dementia and Alzheimer’s disease is not just local:  in 2010 over 35 million people worldwide were living with some form of dementia and this number is expected to double every twenty years.

The current research suggests that one way in which we can prevent Alzheimer’s disease is to exercise regularly.  Participating in exercise will not only help to prevent this debilitating disease, it will provide you with a multitude of other health benefits.  If we’re able to minimize the prevalence of Alzheimer’s disease, even slightly, the devastating social and economic consequences will also be minimized.