Home » General Health » The truth about bacon and cancer 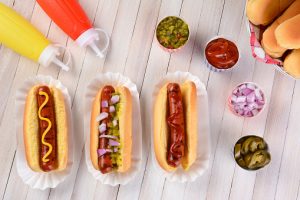 By now you may have heard the ground-breaking news – bacon is linked to an increased risk of cancer. Maybe your heart broke a little bit; how can something so delicious be so harmful? But then again, aren’t the best things always the worst for you?

There is a lot of information currently circulating about the latest findings released by the World Health Organization (WHO) earlier this month. But before we clarify if bacon and processed meat can actually cause cancer, let’s recap what the initial news story revealed.

A large review of over 800 studies has revealed a link between the consumption of processed meat and cancer. The findings come from the International Agency for Research on Cancer (IARC), which is a part of the World Health Organization. The research focused primarily on the risk of colon cancer and observed data from numerous countries including different ethnicities and diets.
By the end of the analysis experts uncovered that processed meat is considered a carcinogen, which makes it as deadly as tobacco, asbestos and diesel fumes.

Dr. Kurt Straif from the IARC said in a news release, “For an individual, the risk of developing colorectal cancer because of their consumption of processed meat remains small, but this risk increases with the amount of meat consumed.”


The researchers also analyzed data on red meat and found it to be a possible carcinogen, which puts it at the same cancer risk level as glyphosate – found in pesticides. The researchers did go on to say that red meat, unlike processed meat, has nutritional value, making it a better option.

Colon, pancreatic, and prostate cancers were found to have the strongest link to processed meat. The researchers concluded, “There is sufficient evidence in human beings for the carcinogenicity of the consumption of processed meat.”

Should you eliminate processed meat from your diet? 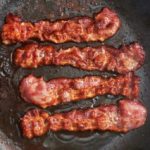 After the latest findings were revealed, people began buzzing everywhere; everyone, from members of the Beef Associations to dieticians, wanted to weigh in on the news. But should we all avoid hot dogs and bacon from here on out? Well, it’s a bit more complicated than that.

The findings suggested that for every 50g of processed meat consumed, the risk of colorectal cancer increases by 18 percent. To help you visualize, 50g is approximately the size of two breakfast sausages.

Cancer is a scary disease, and it seems like more and more people we know develop it, but cancer is complicated, and it involves more than simply cutting out processed meat.

When information like this study comes about, many of us take an “all-or-nothing” approach. Some will completely eliminate the risk, while others simply don’t care and will continue to consume it as normal. The real key here is moderation and, frankly, with processed meat being labeled as a carcinogen for humans, processed meat should really be considered a treat.

If you want to continue enjoying bacon, hot dogs and other cured varieties of meat, your best bet is to keep them as a treat. For example, leave bacon or sausage for an occasional Sunday breakfast and stick with hotdogs at baseball games or large gatherings. To consume this type of food on a regular basis, as the research shows, can pose a serious threat to your health.

Why that piece of bacon could kill you

People around the world seem to have an obsession with bacon; in fact you can find it hiding in all sorts of products, even brownies and birthday cake. Despite warnings that too much can be bad for our health, some researchers argue bacon is getting a bad rap. Continue reading…

Doctor’s won’t eat these foods, you shouldn’t either

By now you probably have a good idea of what it means to eat healthy. Fruits and vegetables get the top score, followed by whole grains, protein and even dairy. A good resource is the American Food Guide, which helps clarify serving sizes. But sometimes it gets tricky to eat well and we often fall off the bandwagon and over-indulge. Continue reading…