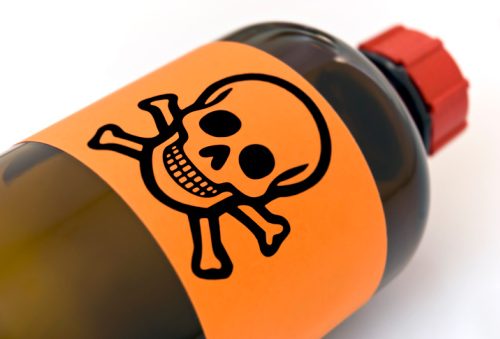 Most fashion gurus agree that clothing is important to us because it is a vehicle for self-expression; it tells people something about us and what we like. The clothes we wear get people talking, but right now it’s not design that some style-watchers are focusing on, its content; fabric content. More people are asking the question is there toxins in certain clothing?

The highly toxic formaldehyde, normally used in embalming, can be found in a number of textile products. While in many cases the levels are extremely low, the investigative arm of the United States Congress recently studied a number of textiles and discovered several with levels of the formaldehyde well above the set standards. The biggest culprit; wrinkle free shirts and pants, as well as crib sheets and care-free pillow cases.

Toxic Chemicals – What You Don’t Expect

While many people may not experience any reaction, others can get dermatitis or even blisters on their skin. Studies continue on the effects of long-term exposure. Textile engineers suggest that for some people the problem could be avoided by simply washing the garment before wearing it the first time. Humidity and sweating do have an impact on the chemical’s release so this would not guarantee full protection for people who are sensitive to even low level toxins.

RELATED READING:
Why Suffer in Silence When You Can Conquer Your Leaky Bladder

The clothing industry uses an astounding 8,000 different chemicals in the manufacturing process. Many are deemed completely harmless, but others are being scrutinized. Nonylphenol and Nonyphenol Ethoxylates or NPE’s have been labeled as toxic chemicals by many countries. They are used in textiles and leathers. The biggest users of NPE’s are the manufacturing hubs of China and Southeast Asia. The United States has put restrictions on the use of NPE’s but environmentalists are calling for an all out ban on this as well as other toxic chemicals. The Swedish Chemicals Agency is urging the European Union to ban NPE’s not only due to the harm the toxins can pose to consumers, but to the environment when the toxic chemicals are released through waste water.

Para- Phenylenediamine (PPD) is another substance that is used in the fashion industry. It’s a black paste employed as dye for furs and leather. It can cause itching, blistering skin, and scarring. The Centers for Disease Control call PPD a “contact allergen”.

Phthalates can be found in a wide variety of products: toys, vinyl flooring, personal care products, shower curtains, nail polish, perfume, and clothing. They’ve been used in the manufacturing sector for over 50 years and have been one of the most researched chemical substances in the world. Most studies indicate there are no serious health risks; however in recent years a report of health issues by consumers has raised concern. The Environmental Protection Agency has proposed that companies report all new uses of the chemical.

As dermatologists point out, some people are naturally sensitive to both toxic and well as non-toxic substances. The bigger question is whether any of the potentially toxic chemicals used in the textile industry can impact humans internally. Some people have wondered for instance if toxins can cause cancer or damage the nervous or endocrine systems.

If you have sensitive skin or are concerned about toxins in textile manufacturing try washing each garment 2 to 3 times before wearing it, avoid synthetic materials, and avoid wrinkle-free or pre-shrunk items.