Home » General Health » The Surprising Critter Hiding in Your Bed 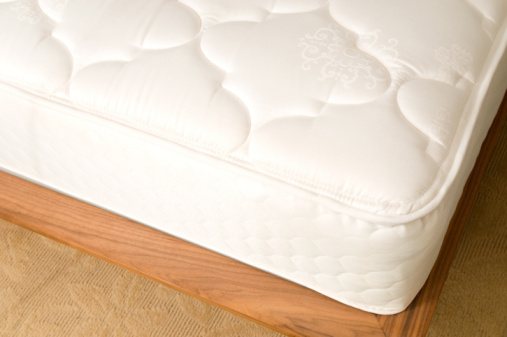 Many of us are familiar with the saying “Don’t let the bed bugs bite”, often used as a nighttime phrase when children are being tucked into bed. Sadly, bed bugs are a reality and not a fairytale. According to a recent survey, one in five Americans has had a bed bug infestation in their home or knows someone who has experienced bed bugs in their home or at a hotel.

Bed bugs originated in the Middle East in caves dominated by bats. Some scientists believe they are descendents from bat bugs. Bed bugs were plentiful in ancient Greece as early as 400 BC. Early colonists brought the bugs to the Americas in the 1700’s. By the 1800’s they were everywhere in North America. Luckily, by the mid-20th century bed bug populations had dropped significantly.

The Resurgence of Bugs

Officials at the Centers for Disease Control and Prevention say that today the United States is one of many countries experiencing a huge rise in bed bug infestation. In recent years, both public health agencies and pest control companies have been overrun with complaints about bed bugs. 99 percent of professional pest control companies in the United States have had to deal with major bed bug infestations this year. The pesky critters can be found in many different places, including private residences, nursing homes, college dorms, hotels, offices, schools, hospitals, daycare centers, and even on public transportation.

The Impact of Bed Bugs

When many people think of bugs, they think of disease; however, bed bugs do not transmit disease. Bed bugs feed on the blood of humans, leaving sore, itchy bumps behind. Some people can even have allergic reactions to bed bugs. Those who scratch the bumps excessively can create open sores which pose an even greater risk of infection.

Why the Increase in Bugs?

There are several theories as to why bed bugs are causing recent concern. With travel rates increasing, people travel to all continents for both business and pleasure. Travel assists in the transportation of bugs, which can be transported on clothing, luggage, or from one country to another, on the body. Another theory is linked to changes in pest control. In the 90s, pest control treatments were routine, but today that is no longer the case. Baseboards in hotels and motels were replaced with application of baits for specific pests, such as ants and cockroaches. This allowed bugs like bed bugs to travel more freely.

What To Do About Bed Bug

If you have bed bug bites, here are a few steps you can take to treat your symptoms:

Since bed bugs have once again become a rising concern, we all need to do our part to keep them at bay. Health officials encourage everyone to be careful when traveling. It’s important to check for bugs along the seams of mattresses in hotels and motels. Watch for tiny bloodstains on the sheets and mattresses when you wake up in the morning. We can also watch for dark spots of insect waste where the bed bugs might crawl, such as behind furniture, along walls and along the floor. Keep in mind that when bed bugs are found in large numbers, you can actually smell a sweet odor from their scent glands.

Public Health officials say prevention is the necessary measure. Once you get bed bugs in your home, they can be difficult to get rid of and in many cases require the help of a professional pest control agency. It can be time consuming and costly to get rid of the annoying bed bugs, so taking careful steps not to bring them into your house is the ultimate solution.