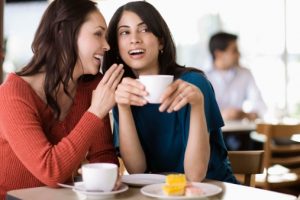 If you side with the majority, you probably start your day off with a cup of coffee, an ultimate pick-me-up thanks to its high levels of caffeine. Unfortunately, your love for this popular drink may be putting your hearing at risk, according to the latest findings.

The researchers at McGill University, Canada, found that coffee may inhibit the ears’ ability to recover from loud noises. Researcher Dr. Faisal Zawawi said, “When the ear is exposed to loud noise, it can suffer from a temporary hearing reduction, also called auditory temporary threshold shift. This disorder is usually reversible in the first 72 hours after the exposure, but if symptoms persist, the damage could become permanent.”

The study was conducted on guinea pigs, so it may not directly apply to humans (the good news). But Dr. Zawawi and his team came across similar findings in their previous research on caffeine consumption and hearing loss (the bad news).

The two groups of guinea pigs were exposed to loud noises – 110 decibels, an equivalent of the impact from an average concert – for an hour. One group received a daily dose of 25 mg of caffeine, while the control group did not receive any caffeine. After one day, both groups experienced similar rates of hearing loss. After eight days, the control group nearly recovered from the temporary hearing loss, whereas the caffeine group still suffered hearing impairment. Dr. Zawawi added, “Our research confirmed that exposure to loud auditory stimuli coupled with daily consumption of 25 mg/kg of caffeine had a clear negative impact on hearing recovery.”
Keep in mind that the recommended dose of coffee a day is three mg, which is about two coffees. To reach the 25 mg of coffee the guinea pigs received, you would have to drink up to 16 cups of coffee a day.

While some people may be taking this study as a warning sign prompting them to rethink their daily habits, coffee has also been shown to offer numerous health benefits, so it may be too early to eliminate it from your diet altogether.

If you’re really concerned about your hearing, you should implement some hearing loss prevention tips, such as wearing protective ear equipment and avoiding areas with prolonged loud noises. These are the steps that will protect your hearing better than banning coffee from your life.