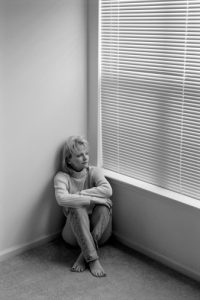 Don’t call me crazy! There’s a stigma surrounding mental health issues, like depression, phobias and obsessive compulsive disorder, that prevents people from asking for help. That has to change.

When it comes to people affected by cancer or heart disease, statistics are easy to find. Mental illness, though, is not so clear-cut, but numbers appear to be on the rise, especially in middle-aged and older adults.

Estimates suggest about one in five Americans may be affected, and new research shows the issue might be even more common. Clearly, there is a need to better understand the population who may require help, and make sure services are available and accessible.

Research published in the January online edition of JAMA Psychiatry revealed that the prevalence of mental health disorders is consistently under-estimated in middle-aged and older adults. This comes from researchers at Johns Hopkins Bloomberg School of Public Health.

In the United States, cases of severe mental health illness are rising at astonishing rates. From 1987 to 2007, the number of individuals that qualified for Supplemental Security Income (SSI) or Social Security Disability Insurance (SSDI) increased almost two-and-a-half times from one in 184 Americans to one in 76. Even more disturbing is the 35-fold increase that was seen in children during the same time period.

Another survey conducted between 2001 and 2003, sponsored by the National Institute of Mental Health, found that 46 percent of Americans met the criteria for at least one mental illness at some point in their lives.

The recent study from Johns Hopkins looked at an extensive study of 1,071 participants in a Baltimore longitudinal survey. The survey included a set of three interviews over 24 years.

The participants provided “retrospective” information for various mental health and physical disorders. They consistently under-reported their mental health disorders, despite having reported it in at least one of the previous surveys.

Some experts say that the increase in mental illness is the result of recognizing individuals that didn’t receive an earlier diagnosis; others argue that there recently has been an over-diagnosis of mental health disorders by “diagnosis expansionism” and diagnosing normal behaviors as pathological.

The bottom line? Education and awareness of mental illness both need a boost. Removing the stigma is key, so people affected by mental illness can get the appropriate treatment they need.

Related Reading: Get to know the different types of schizophrenia