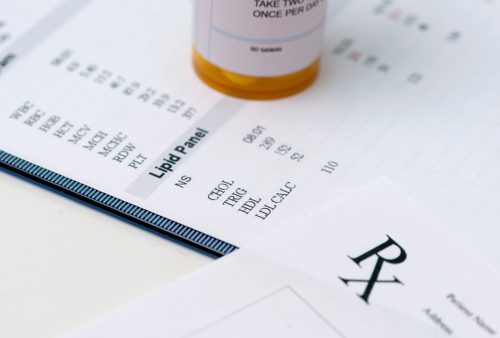 To lower your cholesterol, the formula is pretty simple: eat well and exercise. But even if you do exercise daily and avoid all those ‘bad’ food items, sometimes your cholesterol just doesn’t seem to budge.

A new report suggests that the number of individuals living with genetically high cholesterol is much higher than previously believed. The report suggests that one in every 250 individuals is living with genetically high cholesterol, which may require far more aggressive treatment than simply changing diet and increasing exercise.

Lead author of the study Sarah de Ferranti said, “It’s more common than we thought and it’s important to look for it at a young age because someone with FH may have no symptoms until there is serious heart disease. A common story might be someone who develops chest pain or has a heart attack in their 30s or 40s — even though they look healthy, eat well, and are thin and fit.”

Previous research on familial hypercholesterolemia found that one in every 500 Americans suffered from genetically high cholesterol levels, but the new report has shown otherwise. The new study looked at 37,000 adults partaking in the National Health and Nutrition Examination Survey (NHANES). The researchers extrapolated their findings and estimated that 834,500 U.S. adults may have familial hypercholesterolemia.

Unfortunately, a large drawback to the study was that it was based on the participants’ responses and not genetic testing. De Ferranti added, “The next step forward could be to take blood samples from a data set such as NHANES and look for the prevalence of FH genetic mutations and the heart attack rate.”

Statins are the first mode of treatment in patients with FH, and doctors still stress that controlling other risk factors – not smoking, managing blood pressure, eating well, and exercising regularly – can help a person with genetically high cholesterol nevertheless.

“If you’re born with FH you have lifelong exposure to high cholesterol, making your heart attack risk similar to someone decades older. If you know that somebody has had an early heart attack in your family, consider asking for everyone to be checked,” concluded de Ferranti.

A new study suggests that poor sleep doesn’t impact cholesterol levels. The exception to the findings was seen in individuals who take sleeping pills to treat insomnia. Researchers have believed that insomnia increased the risk of heart disease due to factors like high cholesterol as it has been seen in sleep apnea. Continue reading…

This superfruit can help lower cholesterol

Though classified as a fruit, avocado isn’t a typical one, being high in fat rather than carbohydrates. But don’t let that deter you from enjoying it, as it can still offer heart health benefits, including lowering your cholesterol. Avocado has risen in popularity and has truly become a dietary staple for many. The fruit’s versatility makes it an easy addition to any meal, be it a quick breakfast, a lovely side dish, or even a sneaky health kick to decadent desserts. Continue reading…