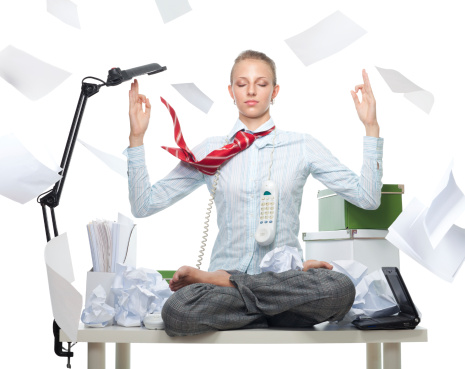 Feeling stressed? When left unmanaged, stress can lead to heart disease, insomnia, and premature aging. The Centers for Disease Control and Prevention (CDC) lists heart disease as the leading cause of death in the United States; nearly 70 million Americans currently suffer from hypertension, which is the leading risk for heart disease. Similarly, 70 million Americans suffer from insomnia, which can ultimately lead to a long list of health problems, including early signs of aging.

The modern age has brought on continuous stressors in our lives. Stress has been linked to hypertension (commonly referred to as high blood pressure), insomnia, depression, headaches and chronic pain. According to the CDC, American medicine cabinets are fuller today than they have ever been; 50 percent of U.S citizens are taking some sort of prescription medication—increasingly for stress and anxiety. While many people seek medical treatments for stress, there is now strong evidence that encourages a natural remedy for hypertension, insomnia, and aging; the solution rests in our heads.

Attacking Stress and Anxiety without Medication

A recently published PLOS One study has revealed that Relaxation Response can act as a natural remedy for hypertension, insomnia, aging and a whole host of medical problems. Relaxation Response is a state of deep rest that alters the physical and emotional responses to stress.

The authors of the study analyzed people using relaxation methods for the first time against those who were long-time users of relaxation techniques, such as yoga and meditation. Participants were guided through mediation sessions over several weeks using specific breathing exercises, mantra repetition, and meditations, while seeking to reduce intrusive thoughts. Blood samples, as well as other biological measures were also taken from participants.

The researchers found that Relaxation Response leads to changes in cells within the body. These cells impact energy, metabolism, insulin levels and inflammation pathways. The researchers concluded that relaxation can actually be a natural way to fight problems such as hypertension, diabetes, arthritis, and other chronic health issues.

The Heart of the Matter

Many other studies have tried to identify the link between stress levels and relaxation methods. Across the globe medical researchers have associated chronic stress, anxiety and even insomnia with the disruption of the body’s internal systems.

In 2008, University College London released the results of a study which demonstrated that chronically stressed workers had a 68 percent higher risk of developing heart disease. The study was extensive; one of the longest and largest running studies on stress that included 10,000 civil servants. Many high-stress participants had higher-than-normal cortisol levels. Cortisol is an adrenal-cortex hormone that, in excess, can damage blood and heart vessels.

Coping in our Stress-Filled World

Everyone reacts and stressors differently depending on the situation. Mayo Clinic doctors suggest that both genetics and our environment are main factors in determining the way we deal with stress and anxiety. For instance, if a person was exposed to a lot of stress or trauma as a child, he or she may be more predisposed to stress at an older age.

This predisposition to stress ultimately leads to a higher risk of numerous health problems. The Clinic supports the idea that practicing relaxation techniques is one of the best ways to manage and cope with stress in our lives. Regular exercise, a healthy diet and plenty of sleep are also recommended.