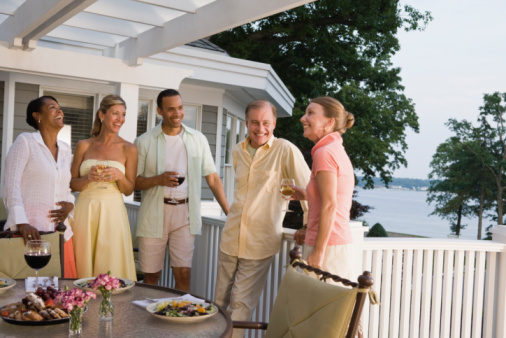 If you’re out and about with friends, it’s important that you’re able to separate background noise from important, meaningful conversation directed at you.  As it turns out, the oxytocin hormone – also known as the “love hormone” for its role in sexuality, reproduction and social bonding – may also play a key role in the brain’s ability to perform this important filtering function.  A recent study published in Nature explains how this hormone acts to reduce unwanted background noise while it strengthens desired signals within the brain. Not only can this prove to sharpen our daily focus and concentration levels, but these findings are also relevant to individuals living with mental health conditions, such as autism spectrum disorder.

Simple answer to thinking more clearly (and protecting your memory)

Oxytocin is a hormone found in humans that acts primarily on the brain as a neuromodulator, involved in the interactions between various neurotransmitters and neurons in the nervous system. Oxytocin is well-known for the role that it plays in reproduction, specifically during and after childbirth.  However, recent studies have looked at behaviors that this particular hormone may be involved with, including: orgasm, social recognition, pair bonding, anxiety, and maternal behaviors.  This hormone also plays an important role for several other functions in the body.


The Connection between Autism and Oxytocin

Autism Spectrum Disorder (ASD) includes a range of complex neurodevelopmental disorders which are characterized by social impairments, communication problems, as well as restricted, repetitive and stereotypical behavior patterns, according to the National Institute of Neurological Disorders and Stroke. Individuals living with ASD often have difficulty recognizing the emotions of those around them and are easily distracted by their surroundings.

Previous research has found the individuals living with ASD have lower levels of oxytocin.  Additionally, it has been found that a mutation in the oxytocin receptor gene makes an individual prone to autism. Furthermore, brain screening of individuals with ASD have shown impairments in the transmission of simple, sensory signals.

The basis of the current study used results of research that was conducted by Geneva researchers 30 years ago.  The Geneva researchers found that oxytocin acts on the hippocampus, which is involved in memory and cognition. Previous research has also found that inhibitory interneurons release GABA, which is a chemical that dampens the activity of surrounding excitatory nerve cells.  From the findings of previous research, the researchers of the current study predicted that oxytocin would interfere with brain circuits, hindering both background noise and desired noise.  However, they found that oxytocin actually increased the reliability of stimulated impulses, which was an unexpected mental health finding but a positive one.

The finding on rodent models showed that oxytocin simultaneously allows the inhibitory cells to fire and increases signalling to excitatory nerve cells. The researchers found that continually activating the inhibitory cells caused the GABA-releasing synapses to fatigue and slow down. This allowed background noise to be dampened while wanted signals were strengthened.

To learn more about how to protect your own mental health as you age, as well as how to boost your thinking, concentration and memory functions, click here.