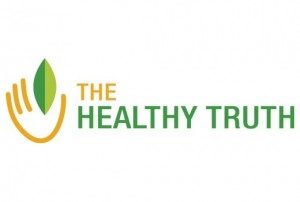 If you haven’t heard about Pokemon Go, then you must be living in complete isolation – it’s EVERYWHERE! Pokemon Go took the world of gaming by storm a few weeks ago, and it seems like everyone just can’t get enough. Let me give you a quick synopsis:

Pokemon Go is an app that uses your phone’s GPS and clock to detect Pokemons around you. The Pokemons then “appear” on your phone screen, and it is your job to catch them. Once captured, you train your Pokemons and eventually battle them in Pokemon gyms. The app brings the 1990s classic game back into the limelight – but along with this, it has sparked a huge exercise craze.

Believe it or not, sore legs are actually becoming a pandemic! Pokemon Go instructs the users to walk miles upon miles, so people are unintentionally working up a sweat and exercising.

It you check up the hashtag #PokemonGo on Twitter, you will see hundreds of users reporting – and many complaining – using their bikes for the first time in years, walking for hours, and actually having sore muscles from all this moving around.

Was this a secret ploy by Nintendo all along? Did the masterminds behind our favorite childhood video game also realize that a sedentary pandemic was upon us and figured out a way to combat it? There is no way of knowing for sure, but the idea is pretty neat.

Users have reported biking for miles, walking for two hours straight, and even heading out of their offices for their coffee breaks instead of staying indoors – it’s like a fitness miracle! The dangers of sedentary lifestyle are now easily addressed through the game – I guess, it’s not all that bad after all.

I recently came across one posting where a 350-pound man admitted he never wanted to exercise, it just wasn’t fun. Still, he found himself biking for miles to “catch” a Pokemon. He admitted it was actually quite fun, but if the motivation of catching Pokemon weren’t there he would still be on his couch.

So this raises another interesting point – motivation.

We know we need motivation to get moving. For some, getting the beach-perfect body is motivation, and for others, it’s being able to climb a set of stairs without huffing and puffing at the top. But for many, motivation is clearly lacking, and even though they know they should be exercising, they simply don’t have the motivation to do so.

I, too, agree that motivation is the key. If you don’t have something to strive for, then what’s the point? Along with motivation, though, is a sense of fun. So many people quit exercising simply because it is not fun. This is another point where Pokemon Go wins – it’s fun!
So let’s break down what this Pokemon Go app actually does:

-It tells you to go outside
-It provides you with motivation to do some physical activity, like walking, running, etc.
-It’s fun!

These criteria basically make up the perfect recipe for a new exercise craze, I’d say.

Maybe Pokemon isn’t your thing. But if you are still looking to kickstart your healthy active lifestyle, well, use these premises of Pokemon Go as your guidelines: Get outside, find your motivation, and, above all, have fun!

And now that the app is finally available in Canada, maybe I’ll give it a GO!