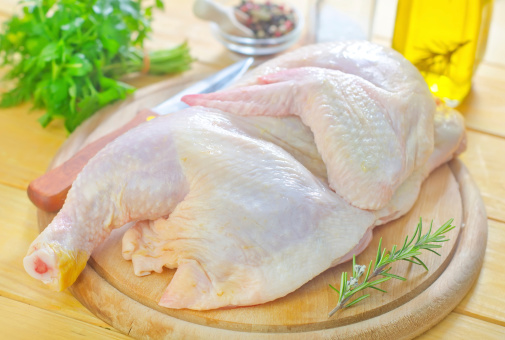 What if the popular chicken breast at your grocery store could leave you with a serious case of food poisoning?

Consumer Reports has been testing U.S. chicken for salmonella contamination since 1998. But this is the first year that the chicken was tested for six different types of bacteria, including enterococcus, E. coli, campylobacter, klebsiella pneumonia, salmonella and staphylococcus aureus.

For the test, 316 chicken breasts purchased from stores across the U.S. were examined for contamination. Heads up! A huge 80 percent of the samples were contaminated with enterococcus, 65 percent with E. coli, 43 percent with campylobacter, 14 percent with klebsiela pneumonia, 11 percent with salmonella and 9 percent with staphylococcus aureus.

Dr. Urvashi Rangan, toxicologist and executive director of the Food Safety and Sustainability Center at Consumer Reports, states that the findings of this study show that consumers who buy chicken from their local grocery store are likely to buy a sample that is contaminated, which puts them at risk of getting sick with a bug that is resistant to multiple medications. This means that treatment options are limited. Dr. Rangan also states that other countries do a better job at controlling chicken contamination and that there is no reason why the U.S. can’t do the same.

In October 2013, Consumer Reports found that a sample of Foster Farms raw chicken was contaminated with a dangerous strain of salmonella. This was the same strain that had made close to 300 people sick in 17 states. The outbreak in October was not only widespread, but quite severe.

Related: Is Fruit Making You Fat?

Signs and symptoms of food poisoning can occur within hours to days after consuming contaminated food and can vary in severity depending on the type of contamination. Generally, older adults, pregnant women, infants and young children, as well as individuals that suffer from chronic health conditions are at a higher risk of suffering from food poisoning. Warning signs include nausea, vomiting, diarrhea, abdominal pain and cramping, and fever.

Food poisoning can happen if you consume poultry that is contaminated with bacteria, including salmonella or campylobacter.  Follow these health tips when handling chicken to protect yourself and your family:

By following these health tips, you can minimize your risk of food poisoning. However, if you notice any symptoms of food poisoning, stay hydrated, and consult your health care provider if your symptoms get worse or don’t improve to avoid serious complications.